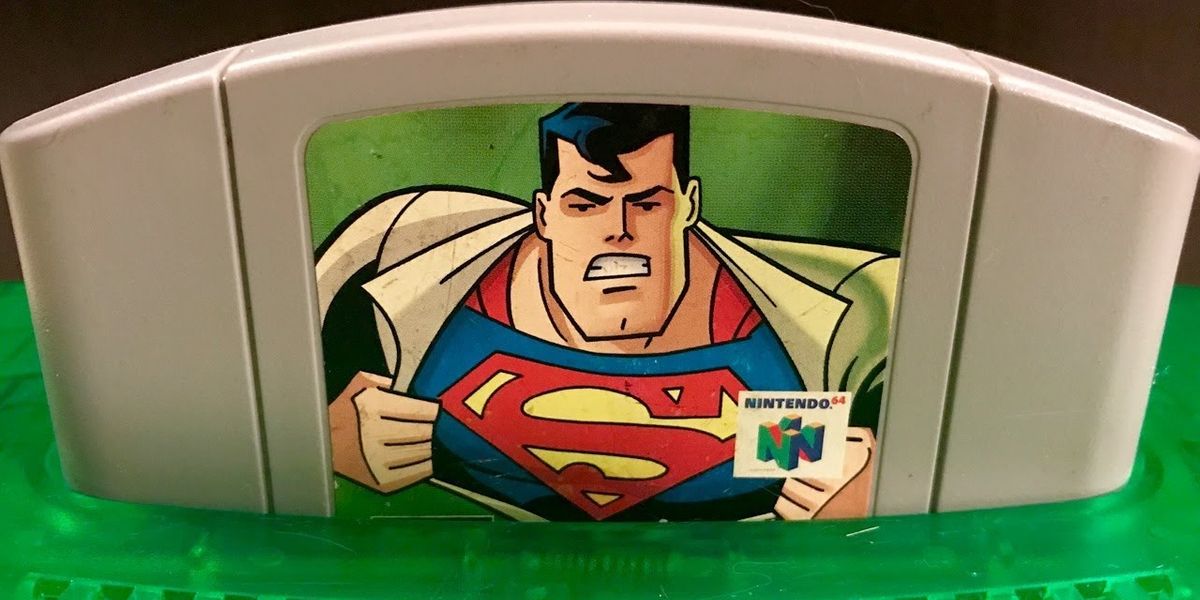 As an adult, Christmas is about one thing and one thing only: Buying gifts for people you secretly hate.

Well, luckily, you’re a thoughtful person. So thoughtful, in fact, that you’ve spent years dreaming up ways to stick it to all of them for the many wrongs they have imposed upon you. Unluckily, though, they are kind of right when they say that you’re a talentless baby who only cares about video games and can’t even hold down a proper job. But luckily, again, your extensive knowledge of video games gives you the advantage in passive aggressive gift-giving. So here’s a handy guide on exactly what video games to give people to quietly let them know that you hate them.

Who It’s For: Your Absent Father

Your father is a real piece of work. Not only did he completely cut you off before college in this economy, but he also actually told you that he wrote you out of his will––in part because his divorce from your mother was somehow your fault. You can count the number of hugs he’s ever given you on one hand, and the one time he told you he was proud of you was when your high school rowing team won a regional competition. You weren’t even on the rowing team.

Every dad wants to be seen as Superman to his kids––a beacon of virtue, success, and masculinity. Your dad will view his collectible copy of Superman 64 as a sweet nod to your admiration for him.

Little does he know that Superman 64 is oft considered the worst video game ever made. The game is borderline unplayable, featuring terrible graphics, wonky controls, and constant glitches. Superman 64 lures players in with the image of Superman while, in reality, it’s empty and worthless. In other words, it’s just like your father. He’ll love it. Best of all, it’s so sh*tty that you can buy it for $5.

Who It’s For: Your Overbearing Mother

While your father blames you for the divorce, you know that the real reason is because they’re both awful in completely opposite ways. Whereas your father might as well not even exist, your mother is ever-present—omniscient, even. Growing up, she felt more like a manager than a mom, keeping constant tabs on everything you did and who you did it with. When Ethan Grubinoff called you “Little Mommy’s Dog Boy” in seventh grade, you couldn’t even blame him, because yeah, you kind of were. Moving across the country for college was the best decision you ever made.

As its name suggests, Apache: Air Assault places you into the role of an Apache attack helicopter waging war against terrorists of indeterminable origin. Considering the fact that your mother is both a helicopter parent and an emotional terrorist, this is a gift that works on multiple metaphorical fronts. Perhaps through receiving this thoughtful gift, your mother will come to terms with the fact that, much like an Apache attack helicopter, she hovered over your childhood, laying waste to your joy and turning your middle school social life into a literal bloodbath.

Who It’s For: Your Way More Successful Younger Brother

Your younger brother––the Golden Child. Oooh, he’s so great because while you stupidly followed your passions and went to f*cking art school, he smartly majored in business. Now he’s a big fancy schmancy business boy, and you’re almost 30 making minimum wage, living vicariously through video games and anime. But you know that deep down you still have the soul of an artist. And your brother? He’s just a big ol’ capitalist douche.

The act of gifting someone a $10 Gift Card for Fortnite In-Game Currency involves quite a few assumptions, and when it comes to your successful, d-bag younger bro, those assumptions are all correct. The first assumption is that he already plays Fortnite, which is a game almost exclusively frequented by douchebags. So yeah, your brother definitely plays Fortnite. The second assumption is that he actually wants to buy paid Fortnite skins, which typically make already douchey Fortnite avatars into even bigger, more obnoxious douches. So yeah, your brother already has a few Fortnite skins.

And here’s the real kicker. Top-tier Fortnite skins cost around $20, so your lousy $10 gift card won’t even buy him the skin he actually wants. That means if he doesn’t want to look like a total pleb, your gift will actually cost him more money. Good thing he makes three times your sh*tty salary right out of college. Haha, roasted.

Who It’s For: Your Dramatic Aunt

Drama follows your aunt around like a dingleberry on a hairy butt. You can’t remember a single holiday or family gathering that didn’t devolve into a three-act tragedy starring her as the (perpetually victimized) lead. You’d almost feel bad for her if it weren’t for the fact that you’ve seen behind the curtain and know for a fact that her manipulation tactics and dastardly deeds know no bounds. Pitting family members against one another to solicit pity gifts and grabbing the lion’s share of family inheritances is like a game to your aunt, so hopefully she’ll properly appreciate your present.

Who It’s For: Your “Best Friend” Who Betrayed You

Danny Cutler calls himself your best friend, but you know that back in seventh grade, he was the one who told Ethan Grubinoff to call you “Little Mommy’s Dog Boy.” Worse, in eleventh grade, Danny knew that you liked Micah Abromowitz and he asked her to the Spring Fling, anyways. She rejected him, which was cool, but you felt too weird to ask her out after he asked her out, and then she ended up going with that stupid wrestling team kid Zeke Lovehaus, and what kind of dumb name is that, anyways? Actually, Zeke was always really nice to you, so you don’t really have anything against him. But screw Danny Cutler. Some best friend.

This is blackmail. Straight-up. Because while Danny Cutler probably thinks that all of that sh*t he did to you is water under the bridge, you know that he ran a Sonic fetish blog all throughout college. And while you don’t like to judge anyone for their fetishes, you also know that Danny probably wouldn’t want everyone to know that his fetish is a blue cartoon hedgehog fondling a red echidna with oversized hands. And you’re positive that his employers wouldn’t like to read his 300-page Sonic x self-insert fan fiction, “Gotta Goo Fast.” This should shut him right up.

If you play your cards right, maybe next year everyone will finally stop inviting you over for the holidays.