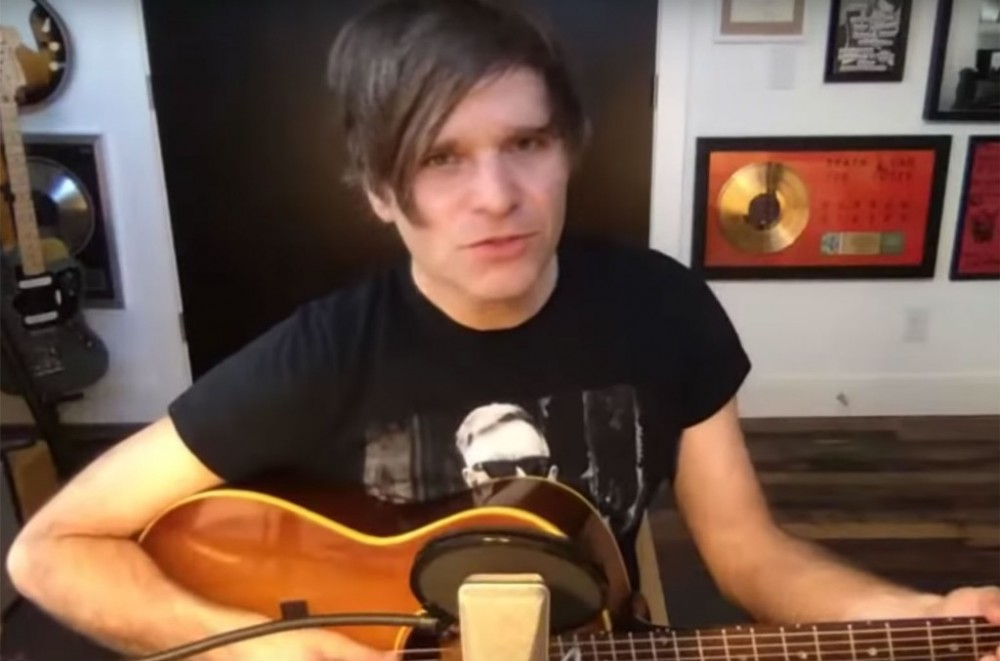 Death Cab for Cutie frontman Ben Gibbard took a few minutes to pay tribute to Fountains of Wayne‘s Adam Schlesinger during his at-home live-stream show on Thursday (April 2). Schlesinger, who was also known for writing music for the show Crazy Ex-Girlfriend, died at age 52 on April 1 due to complications from the coronavirus.

“I never got to meet Adam. We had a lot of connective tissue — a lot of friends in common — but wen ever had a chance to meet,” Gibbard told fans about 41 minutes into his set. “But I owe him a huge debt of gratitude because he was integral in picking ‘Me & Magdelana’ for The Monkees to record four years ago.”

The ’60s band recorded the tune, written by the rocker, for their 50th anniversary album Good Times!

“I always thought as one does in life that you have plenty of time to say thank you, or I love you, or to give somebody a compliment or what have you, but that day obviously did not come,” continued Gibbard. “From the bottom of my heart, I’m so grateful to him for helping me realize a lifelong dream, which was to write a song that would be recorded by The Monkees, a band I grew up listening to. So I’m gonna do one of his songs right now. This is one of my favorites.”

He then launched into a sweet acoustic version of “Barbara H.” from Fountains of Wayne’s self-titled 1996 debut album.

After he finished, he shared a story about how for his 21st birthday in 1997, he and a few friends took a roadtrip from Washington to San Francisco and back.

“One of the records that we were listening to ad nauseam was the first Fountains of Wayne record. We just listened to it over and over again, it was so catchy,” he recalled, adding that when he got home, he wrote a song about the roadtrip, which he then played. That tune? It was “Song for Kelly Huckaby” from Death Cab’s second album, We Have the Facts and We’re Voting Yes, with Kelly being one of the pals who accompanied him on the trip.

Gibbard has been doing weekly live-stream shows from his home in Seattle to not just help bring a little entertainment into the homes of fans as much of the country self-isolates during the global coronavirus pandemic, but also to help raise money for charity. The April 2 show benefited MusicCares, a non-profit that aids people in the music community.