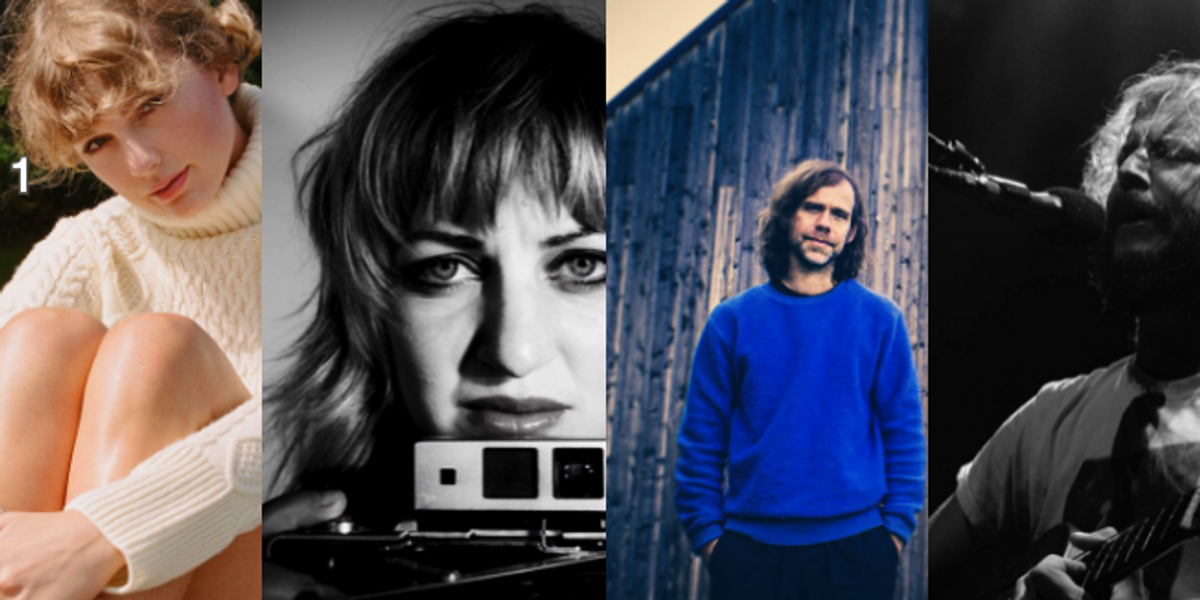 The song, called “The Latter Days” is, first and foremost, a call to action. Written from the perspective of someone in the future, it asks the question: Have I done enough?

Its enigmatic lyrics were written by folk singer Anaïs Mitchell, whose musical Hadestown was a smash hit on Broadway this year before it all shut down. (Mitchell debuted a song of her own, “Backwoods,” as part of the Eux Claires voting initiative).

I love Wisconsin! My granddad grew up there! Praying for y’all to get out the vote! ICYMI it I shared a new song ca… https://t.co/0IkTnrTA9F

Justin Vernon recently debuted their song in a live solo performance on a roof in Wisconsin as part of his “Visit with Vernon Milwaukee” series, where he speaks with undecided voters in Wisconsin.

In the video, he talks to a mother and her daughter about voting, action, and protest. While the daughter, who lives in Milwaukee, has been attending protests and trying to educate her mother about social issues, her mother is still having trouble fully understanding and trusting either presidential candidate.

One beautiful evening in Milwaukee, Justin visited with Vic and her mother Mary Jane to speak about voting.

They don’t start by addressing politics directly. “You know I just need to I guess take a little bit more of an active role and even if it’s just my own community to help make a difference,” the mother said, citing how proud she was of her daughter for participating in peaceful protests.

Vernon says, “Protesting can be done on a daily basis. Like if you see somebody being belittled or taken advantage of. If you are the witness to it, it’s sort of like we can protest that way.”

Vernon then goes on to discuss the importance of helping people in one’s own backyard, and he slowly steers the conversation towards the importance of voting. He asks the mother why she isn’t sure if she’s going to vote, and then she cites her distrust of all forms of media reporting about political candidates.

“Change is going to happen whether you do something or not,” Vernon says. “You not doing anything, it’s just you not getting a say in the change being made.” Voting, he says, represents our “insignificant significance.”

Ultimately, though, he’s not there to persuade his audience to vote for either candidate or to dive into arguments about policies. Instead, he makes an appeal to his audience’s emotions, praising the visible love between mother and daughter and then launching into the new song.

“I think about what it’s going to feel like in the future, when we look back and we wonder if we did enough?” says Vernon in the introduction.

This isn’t the first time that Justin Vernon has joined Anaïs Mitchell on a song about the overwhelming challenges of wanting to change the world. He sang the part of Orpheus on the original Hadestown album, and one of his solos, “If It’s True,” is an anthem for anyone who’s ever been caught up in hopelessness about the way nothing ever seems to really change.

Ultimately, though, Orpheus realizes that hopelessness is exactly what the people in power want you to feel. “And the ones who load the dice / always say the toss is fair,” he realizes. “I believe our answer matters more than anything they say. I believe there is a way / I believe in us together / More than anyone alone.”

Now, Bon Iver and Anaïs Mitchell seem to be channeling that same energy—which wavers between despair and hope—into another call to action with “The Latter Days.”

The song has been met with approval by none other than Taylor Swift, who retweeted the video along with the message, “Stunning and important.” Swift has previously announced her support for the Biden/Harris campaign.

Stunning and important. So much love and respect for @boniver https://t.co/rmz8gx90KI

Read the lyrics to “The Latter Days” here:

How long? Is what you asked
How long do you think it’s gonna last?
You at the corner store
You were stocking up before the storm
Stacked yourself against the odds
Talkin’ back to an act of god
You and your clever mouth
You were laughing when the lights went out

How high? Is what you said
How high do you think we’re gonna get?
You at the water’s edge
On the jetty when you were a kid
Passed around a plastic cup
Passed out spinning in the house where you grew up
You in your childhood bed
And the wildest dream you ever had

You recall it all forever