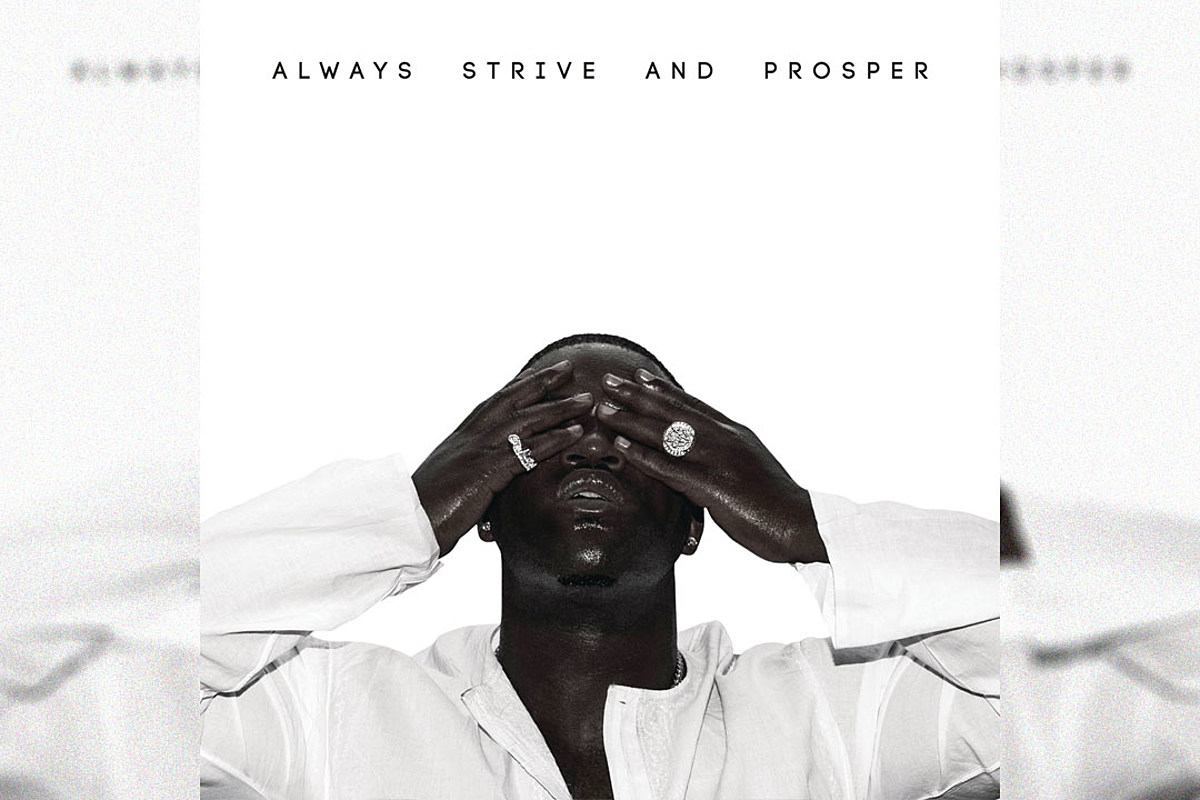 Classic Material
A$AP Ferg on Always Strive and Prosper.
As Told To: Aleia Woods
Editor’s Note: This story originally appeared in the Spring 2021 issue of XXL Magazine, on stands now.

A$AP Ferg had a specific mission with his 2016 album, Always Strive and Prosper. The undertaking was introspective and transparent. Known for making vibrant and energetic cuts, the Harlem native took a different approach with Always Strive and Prosper. He wanted to display his depth, growth and evolution as an artist while personifying the acronym of his rap collective A$AP Mob, which is part of the album title. In the process of making the LP, Ferg worked with artists he’s revered like Missy Elliott and Chuck D of Public Enemy, allowing Ferg to intentionally and purposefully assemble an offering that represents the layers of himself that had not yet been revealed to the world fully. In honor of the album’s fifth anniversary, Ferg takes a look back at his opus.

A$AP Ferg: “I brought lyrics and stories about my family [on the album]. So, I got a song called ‘Psycho,’ which is my uncle’s name. I got a song called ‘Grandma’ and I worked with one of my favorite artists ever that, you know, I got some of my style and juice and taste from, which is Missy Elliott. I call Missy— she’s my twin—me, her and Busta Rhymes are triplets. I represented my tribe early on, of people that I could really connect with and I felt like I could see myself in. She was definitely one of them, the G.O.A.T. It felt real good to get her on a song.

I met Missy through Timbaland. I was in Virginia working on my album. And then I get a call from Timbaland, which is like, crazy. This is like a call from Jesus Christ, God wanted to work. And I’m like, Oh, hell yeah. Master of all masters, Timbaland. Yeah, I think it was one of my producers, it was Rajah. His manager at the time reached out to him to connect me to Timbaland and Timbaland told me he wanted to introduce me to Missy. So, I’m like, Damn, I didn’t even meet Timbaland, but I guess he knew that I’m a part of their tribe. So, he reached out to me. He connected me with Missy.

The way a lot of the songs happened on there was really like…it was divine because even with the song ‘Beautiful People’ with Chuck D and my grandmother, it was always a dream to like, put my grandmother on a song. She kind of gives me a Maya Angelou kind of vibe. She’s very Afrocentric, into dance, into culture, African-American culture, African culture and did a lot of stuff for the community. And she has a beautiful voice. She’s not a singer or nothing like that, but she can be and she loves Maya Angelou. So, I told my grandmother to write some poetry or something she would like to say to the world and make it line with what I was talking about on ‘Beautiful People.’

And I’d been looking for Chuck D for a long-ass time. I didn’t know how to reach out to him…And I bumped into him at a restaurant, which was super crazy. He was there with his daughter. We was at a Jamaican restaurant—Negril. He was walking out and I’m like, Damn, I’m about to miss him. I’m like, I can’t miss him. This is destined. So, I stopped his daughter before she left out behind him. I’m like, ‘I’m a huge fan of your father, I’m A$AP Ferg…I would love to make music with him.’ She gave me a card, I think. And I reached out to him, he reached out back and we did the song.

‘New Level’ [is] just talking about me always striving and finally prospering, which is sticking to the title of the album and the acronym that we live by. So, yeah. That’s what ‘New Level’ was. So, you could take the beat out and you would hear what I’m saying. It’ll be Bible to people’s ears because it’s a rags-to-riches story. It’s overcoming obstacles and trying times and really making something of yourself.”

Check out more from XXL’s Spring 2021 issue including Cardi B’s cover story, how rappers are legally making money from the cannabis boom and the social justice that comes with it, Snowfall’s Damson Idris on how hip-hop impacted his life and more.