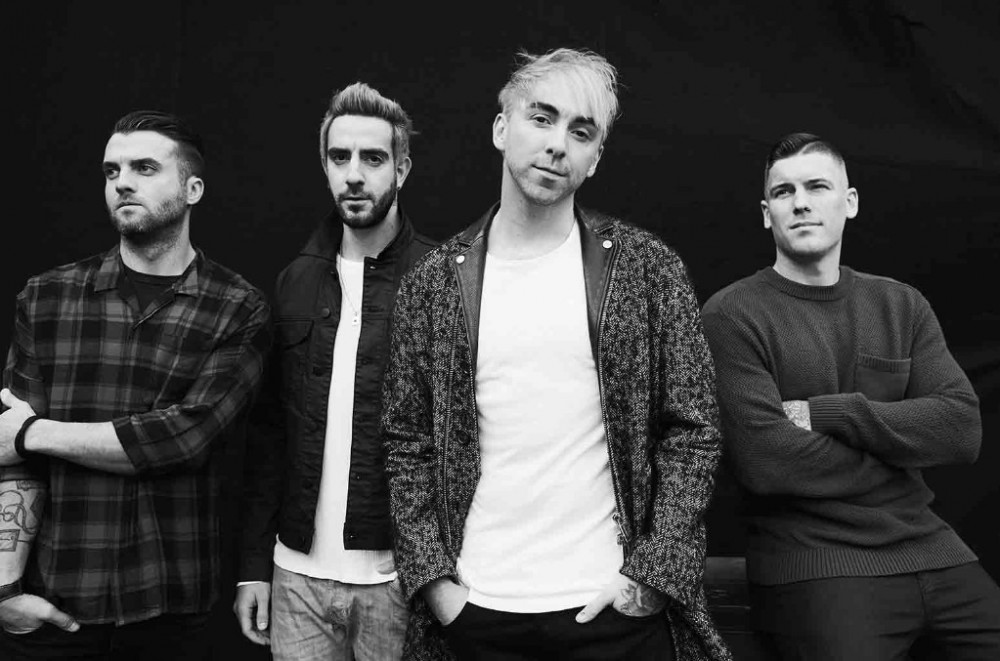 Inspirations is a Billboard interview franchise that examines the process behind new standout releases.

Since the release of their debut album in 2005, All Time Low’s career has been nonstop. When they weren’t making an album, they were rigorously touring, a cycle that singer Alex Gaskarth says has “sort of always been the M.O. of our band.”

But last year, the pop-punk group finally gave themselves a break, though it wasn’t an official hiatus. (More on that later.) And Friday (April 3), they release what Gaskarth considers “hands down the best All Time Low record we’ve ever written.”

Titled Wake Up, Sunshine, the 15-track album is All Time Low’s most vibrant set to date, combining the band’s rambunctious spirit with roaring guitars and anthemic melodies. As Gaskarth insists, the album features some of ATL’s most engaging songwriting, tackling a juxtaposing mix of topics such as seasonal depression (“Melancholy Kaleidoscope”) and lingering romances (“Trouble Is”).

No matter the subject, each song has an upbeat feel, thanks in part to the refreshed mindset the All Time Low guys (Gaskarth, guitarist Jack Barakat, bassist Zack Merrick and drummer Rian Dawson) had after their time apart. Little did they know, the sunny vibe of Wake Up, Sunshine would be exactly what fans need upon its release.

All Time Low debated moving the April 3 street date in light of the coronavirus pandemic, as several artists including Lady Gaga and The 1975 have opted to push their albums back, but ultimately agreed Wake Up, Sunshine is the perfect distraction. “It’ll be a welcomed break,” Gaskarth says. “It certainly was for us to make the album, so I hope our fans get the same thing out of it that we all did.”

Below, Gaskarth and Barakat guide us through the people, places, music and even alcoholic beverages that helped bring Wake Up, Sunshine to life.

Side project experiences. While All Time Low wasn’t touring, Gaskarth and Barakat pursued their own music endeavors: Gaskarth teamed up with Blink-182 singer Mark Hoppus for alt-rock duo Simple Creatures; Barakat paired with singer/songwriter Kevin Fisher for electro-pop duo WhoHurtYou (ATL recruited Fisher to co-write Wake Up, Sunshine tracks “Monsters” and “Pretty Venom (Interlude)”). “That was a really enlightening and eye-opening experience for both of us,” Gaskarth says. “It gave us fresh perspective for what All Time Low should sound like in 2020.”

Though the All Time Low guys were all still in touch — Gaskarth and Barakat both lived in Los Angeles at the time, and would preview their respective music for each other — Barakat says his time away from ATL made him eager to get back on tour. “The lack of that energy and adrenaline rush you get from the stage personally fueled me for wanting to be part of a very high-energy project,” he says, adding, “that’s exactly where Alex and the other guys’ heads were at.”

Living under one roof. About halfway through 2019, that yearning resulted in the band getting back together for an All Time Low writing retreat at a house in Palm Desert, Calif. The two-month stint allowed the guys to create music with all four of them in the same place, something they hadn’t done since 2009’s Nothing Personal. “It very much harkened back to the process we used to go through to make records,” Gaskarth says. But it also simply gave them quality time together — and reminded them that, as Gaskarth suggests, “We missed that lifestyle we’d grown so accustomed to.”

Gaskarth had already penned five songs at Dawson’s new Nashville studio earlier in the year, including lead single “Some Kind of Disaster” and electric cut “Getaway Green.” Though the guys didn’t anticipate that they’d complete an album at the Palm Desert house, the magic was undeniably there, and eight songs resulted.

A month or two later, ATL realized the album needed another ballad-like, emotional song, so Gaskarth and Barakat rented another house in Big Bear Lake, Calif., with co-producers Zakk Cervini and Andrew Goldstein (whose work with Blackbear led to the “Monsters” collab), which spawned “Glitter and Crimson” and “Summer Daze.” “It was a need and a desire to be self-contained,” Gaskarth says of the process.

Old and new music. Because the guys lived together for two months during the album’s creation, naturally the music they were digging bled into what they were creating. “I was playing a lot of Post Malone and a lot of the new Vampire Weekend record [2019’s Father of the Bride],” Barakat says. Gaskarth was more invested in the ‘90s rock that’s inspired him since he was young, including Third Eye Blind, Green Day, Fenix TX and NOFX. “The juxtaposition of those two things — going back and tapping into our old inspirations and our old influences, versus what everybody was vibing at the time — was super helpful,” Gaskarth adds.

The singer also mentioned that Britney Spears was blasted in the Palm Desert house a time or two, so it’s no coincidence that the chorus of second single “Sleeping In” directly quotes her 2011 hit “Hold It Against Me” (“If I said I want your body would you hold it against me?/ Seven in the morning wanna listen to Britney?”). *NSYNC diehards may also notice the oscillating melody of the “Clumsy” pre-chorus echoes that of the “It’s Gonna Be Me” chorus. Though that was more accidental, Gaskarth notes, “I always like to sneak a good pop inspo on an album.”

A vacation vibe. The Palm Desert house was in the heart of Coachella Valley, and being there in the dead of summer, Barakat says, “We just felt like we were on vacation, and also making really fun music.” They would have margarita time by the pool almost daily (Barakat says “a lot of Whiteclaws, wine and margaritas” served as fuel), and nights would consist of hot tubbing and hanging around the fire pit. The super-summery vibe made the work feel less like work, and in turn helped the guys channel the positive energy for the music they were creating.

A couple of knowledgeable superfans. After Cervini helped John Feldmann engineer All Time Low’s 2015 LP Future Hearts, Gaskarth recruited him to produce some Simple Creatures tracks. Gaskarth recalls, “That made me go, ‘This dude’s a genius. We can’t have anyone else [produce the album] right now, he’s just locked in.’” Cervini grew up a fan of All Time Low, which both Gaskarth and Barakat suggest helped bring out a side that maybe even they didn’t know they had. “He of all people knows the things that react on a very core level,” Gaskarth says. Adds Barakat with a laugh: ”He had been listening to older ATL on the way to Palm Desert to get into the zone.”

The band’s new touring musician, Dan Swank — whom Gaskarth asserts “was just as instrumental” as the other members during the album process — also grew up a die-hard fan. “We’re all about making these dreams come true,” Barakat jokes.

Going back to basics. Coming off a moodier album like Last Young Renegade, which placed a lot of emphasis on analog synths and drum loops, the All Time Low guys knew they wanted to revert back to a live instrument sound. “It was an attempt to be much more true to the four of us, and everybody having their moments as if they were playing it live on stage,” Gaskarth says.

Cervini did use some Simple Creatures-esque layering, and they also added a vocoder here and there (“We had to keep Jack in check, or every single one of our songs would just be ‘Hide and Seek’ by Imogen Heap,” quips Gaskarth) to give the album a more modern feel. But overall, the recording process was as close to All Time Low’s beginnings as possible, which is lyrically and sonically encapsulated in album closer “Basement Noise.”

“It was special,” Gaskarth says of the “Basement Noise” writing process. “Jack and I were the first two to put this band together, and then to sit there in a room together at 2 or 3 in the morning and write a song about that was a cool way to pay tribute to those days.”

But Gaskarth insists that the whole album is an homage. “It so knowingly encapsulates all the things we’ve ever tried to do as a band,” he says of Wake Up, Sunshine, which has also made them realize the legacy they’ve built over the past 16 years. “In a day and age where it’s very hard to be a lasting group, we’re still here doing it, and people are still wanting to hear our songs and wanting to come to the shows,” he adds. “That’s an incredible thing.”