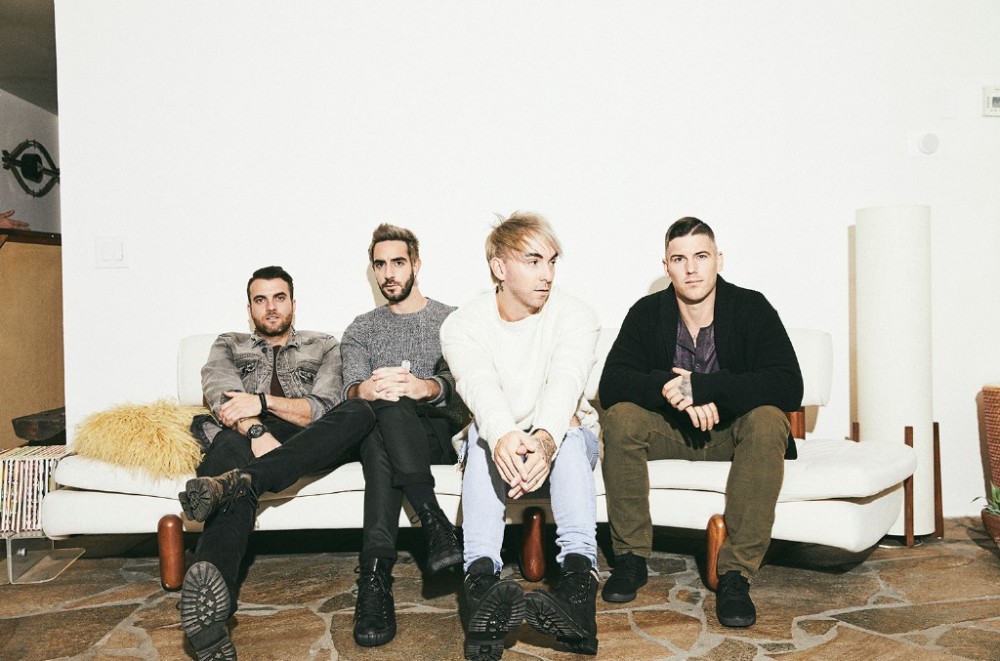 The last few weeks have seen countless postponements — from Billie Eilish’s world tour to Lady Gaga’s highly anticipated new album, Chromatica — amid the coronavirus crisis. But for All Time Low, it was important to keep their album release as planned during this period of uncertainty.

The pop-rock group’s eighth LP, Wake Up, Sunshine, is due April 3,  and the band’s frontman Alex Gaskarth played a couple of songs from the album during a Billboard Live At-Home session on Friday (March 27) to entertain fans and raise money for National Coalition for the Homeless. In between acoustic renditions of album singles “Some Kind of Disaster” and “Sleeping In,” Gaskarth answered several fan questions, confirming that their next project is indeed coming next week.

After a fan commented “Music makes the quarantine better,” Gaskarth said, “I agree. And that’s why we decided not to push our album back. We kind of deliberated over maybe not releasing April 3, and pushing back until things got a little more normal, but it didn’t feel like the right move. I feel like people need some new tunes and I hope that this record can be cathartic for people and help people through this weird, wild time.”

Just after Gaskarth’s performance — during which he hilariously forgot the first verse of “Some Kind of Disaster” (“There’s a very active chat happening, and I got distracted,” he said with a smile) — All Time Low released another Wake Up, Sunshine track titled “Trouble Is.” Though the album date didn’t change, Gaskarth said the band decided to unveil more songs ahead of its release since they can’t be out on the road promoting it.

The singer also shared two other ideas he and his All Time Low bandmates have had while they’re quarantining in their respective homes: Making a music video that includes fans, and releasing acoustic versions of new tracks. All Time Low may not be able to see fans face-to-face for a while, but it sounds like there’s a whole lot for them to look forward to — starting with an album on April 3.

Watch Gaskarth’s performance and Q&A as part of Billboard’s Live-at-Home series below and donate to National Coalition for the Homeless here.