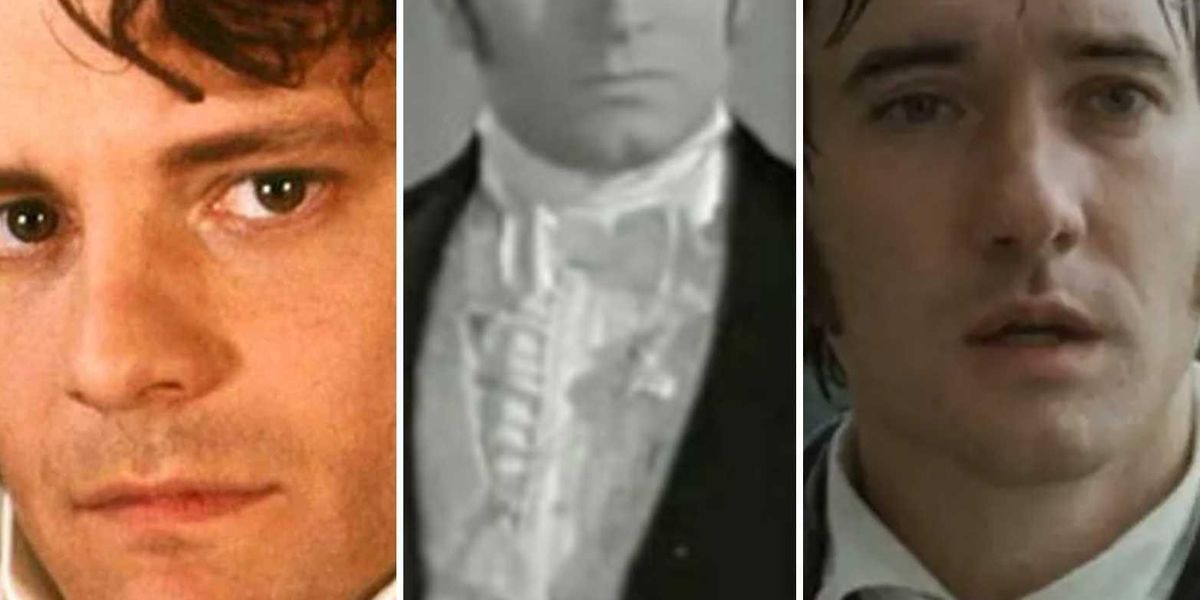 Long before the problematic dynamics of 50 Shades of Grey, the Twilight-driven vampire craze of the 2010s, or the sheer radiance of Harry Styles in a skirt, there was Mr. Darcy.

The male protagonist of 1813’s Pride and Prejudice and a literary heartthrob for more than 200 years, Mr. Fitzwilliam Darcy is one of Jane Austen‘s most enduring characters. As it turns out, the sullen sad boy trope was alive and well even in Georgian England (thanks a lot, Lord Byron), during which time Austen wrote at least 13 novels and mostly published in secret.

“It is a truth universally acknowledged, that a single man in possession of a good fortune, must be in want of a wife,” begins Pride and Prejudice and introduces us to the timeless will-they/won’t-they dance of Elizabeth Bennet and Mr. Darcy.

The Myth of Jane Austen

But what do we actually know about Jane Austen? We know little, but we assume much. Born on December 16, 1775 to a prominent family in Steventon, Hampshire, Jane Austen lived a quiet and unmarried life, gaining little attention for her work. Much of her public image – that of a private gentlewoman who didn’t think of herself as an author and didn’t care if her work was published or her genius was recognized, as she didn’t recognize it herself – is now known to be a false projection created by her brother Henry.

To be a female author, after all – to criticize British society, express political dissent, and project the female gaze onto male characters – was patently dangerous. As one female writer of the time, Mary Hays, noted: “The penalties and discouragements attending the profession of an author fall upon women with a double weight.” She wrote that society would scrutinize all female authors “not merely as writers, but as women, their characters, their conduct,” using “malignant ingenuity” to uncover “their errors and exposing their foibles.”

One thing we do know is that Jane Austen found inspiration in her own desires and unmet longings; there’s a reason most of her novels are variations of the same themes: the emptiness of social mores, family duty vs. individual desire, the triumph of unlikely love.

So, really, it’s no wonder that Mr. Darcy is such an enduring character; perhaps Jane Austen isn’t so much reflected in Elizabeth Bennet as Mr. Darcy: an individual plagued by misunderstandings and presumptions and burdened with a wealth of love that isn’t safe to express.

When it comes to adapting Jane Austen’s work to film, well… sometimes Mr. Darcy is depicted as a complex character with human flaws and a redeeming desire to live an authentic life, sometimes he’s portrayed using the familiar sad-boy trope, and sometimes he’s a veritable Magic Mike background dancer in a thin white shirt – wet.

Jane Austen’s female gaze helped lay the foundation for feminist writers for centuries to come, sure; but she also imbued her characters with natural desires, not just conflicted plot points. As Megan Garber at The Atlantic wrote, “But while Austen may be, today, most readily associated with drawing rooms and dainty dances, she was also an impressively early champion of that quintessentially feminist perspective. She looked at men, and saw not just marriage and family and financial security, but also, simply, sex.”

So on Jane Austen’s 245th birthday, we pause to remember the top five Mr. Darcys to ever grace the screen for all our modern female/male/non-binary gazes to enjoy.

Who’s your favorite Mr. Darcy? Tell us at @Popdust.

PBS’s miniseries brought a Jane Austen TV adaptation to US audiences for the first time…That’s about the best part of the otherwise dull production. David Rintoul seems to think that a frozen face conveyed the complexities of Mr. Darcy’s character.

If your favorite Mr. Darcy is the BBC’s 1995 adaptation, then die-hard Austenites might have a bone to pick with you. Some of the most cinematic and memorable scenes, like Colin Firth in virtually a wet t-shirt, misconstrued what Austen was trying to convey about romance: It’s ugly. “Diving Darcy, the criticism goes, celebrates Pride and Prejudice less for its adjacency to Romanticism, the period, and more for its adjacency to romance, the genre,” as Megan Garber wrote in The Atlantic.

Olivier’s performance in 1940 set the bar for every Mr. Darcy to come. He plays Darcy as an unnerved elitist who’s earnestly surprised that his social status won’t win him Elizabeth’s love, which ultimately drives his character to grow.

Pretty much everyone loved Matthew Macfayden’s performance as Mr. Darcy in 2005, from Roger Ebert giving the award-nominated film four stars to literally anyone who’s seen Macfayden walk through mist.

WHAT? Bridget Jones’s Diary is a retelling of Pride & Prejudice that actually casts one of the best actors to ever play Dr. Darcy to play his modern counterpart. Firth plays Darcy with a self-aware social awkwardness that’s simultaneously modern and an insight into Austen’s characters: They’re flawed and conflicted, but also playful and even funny.