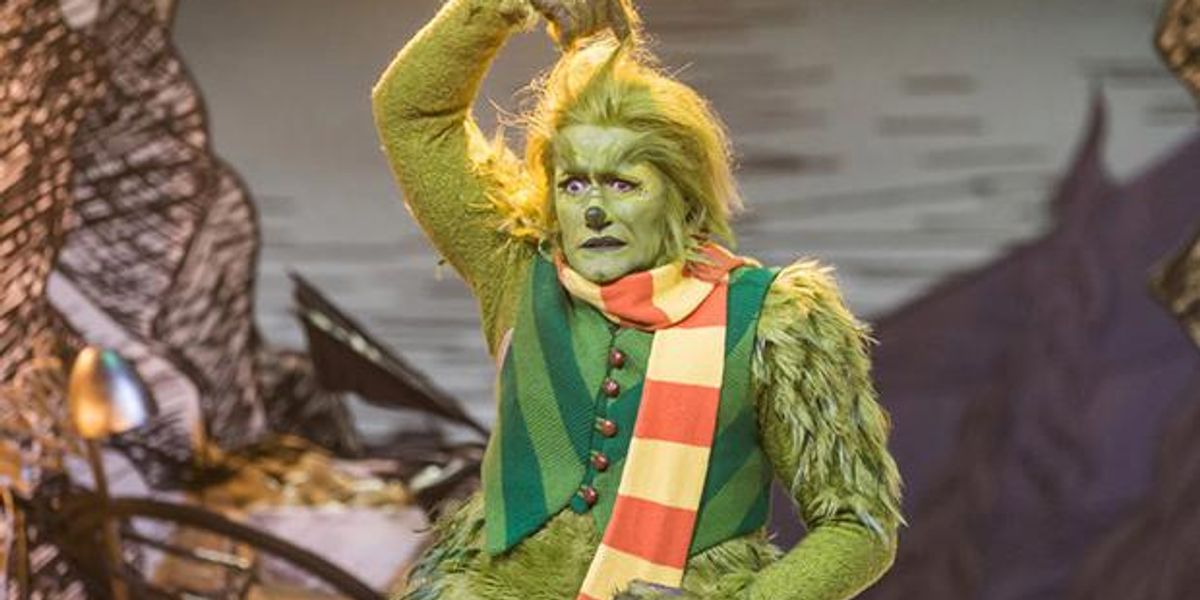 2020 has been a barrage of horrifyingly absurd content — both in the simulation we call real life and in the world of entertainment and television.

As December approached, we may have let our guard down, thinking surely the worst was over. However, if this year has taught us anything, it’s to never underestimate your enemy.

The enemy in question? For Nate Robinson, it’s Logan Paul. For us, it’s the universe and whoever greenlit NBC’s The Grinch Musical.

There is no shortage of Grinch adaptations. The 1957 book How the Grinch Stole Christmas!, a Dr. Seuss classic, has been immortalized many times — some more successfully than others, from a TV series and a stage production to a live action movie starring Jim Carrey that makes the network rounds every holiday season and, most recently, a 2018 animated film that tapped Tyler, the Creator for its soundtrack.

This year, NBC reprised the 2007 play Dr. Seuss’ The Grinch Musical filmed at the Troubadour Theatre in London. Matthew Morrison, of Glee fame, played a terrifying and apparently Joaquin Phoenix-inspired version of the Grinch. It’s unclear why Morrison felt the need to channel Joker in a family production about a Christmas-hating cat, but we knew it couldn’t be good.

When the first look at the special premiered on Thanksgiving, we thought it might have been a Zoom fatigue-induced hallucination. Unfortunately, we were not so lucky. When the vision of Matthew Morrison in green paint and prosthetics aired, the internet had some thoughts.

The sight of Morrison in prosthetics and an ill-fitting costume was bad enough. Even before the show itself premiered, Matthew Morrison’s character was referred to as a war crime on social media, and not for the first time:

Audiences were especially displeased by the chilling moments when Morrison broke the fourth wall to look chillingly into the camera, irreparably damaging us all forever. Some even wondered if Morrisons’s interpretation, which included an alarming and dare I say unprecedented amount of hip thrusting, was trying to be … sexy Grinch? At a family affair?

The most redeeming parts of the TV special were Denis O’Hare as Old Max and Booboo Stewart as Young Max. The two canine counterparts added energy and charm that balanced out Morrison’s painful overacting (“Someone tell him this isn’t Richard III” was one of the best tweets from the night).

The spectacle is available to stream on Hulu or NBC but … don’t.

In the end, we’re left with Matthew Morrison doing what he does best — bringing us all together at his expense. At the very least we’re grateful he didn’t rap.