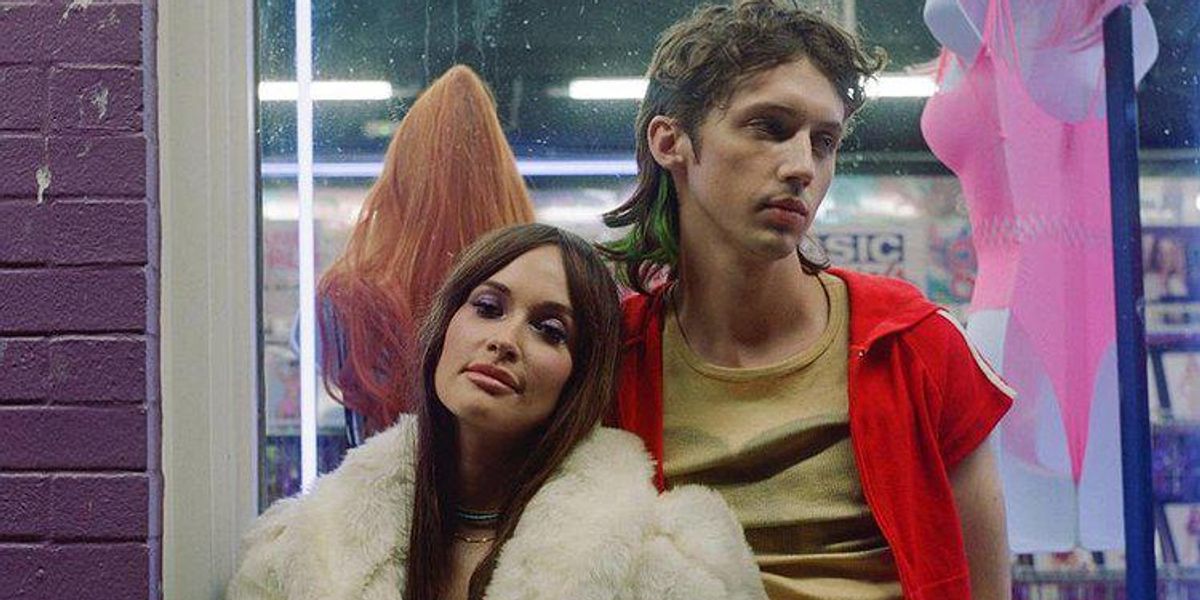 Now, pop fans have a trio of their own.

Troye Sivan just released a Mark Ronson remix of his song “Easy” alongside a video that co-stars Kacey Musgraves. An earlier version of the song appeared on Sivan’s August EP, In A Dream.

The original version of the song is a semi-sad lamentation of heartbreak over a subdued dance beat. Its video is similarly subdued, with Sivan sitting in an empty home, living vicariously through a dancing version of himself that he watched on TV.

The remix strips away the inhibitions of the first version of the song, pulling out the dance sounds from the background and making them the focus of the song. Similarly, the new video retains the semi-sad undertones of the original, but this time Sivan’s sadness is juxtaposed with a big, bright, colorful world.

Accompanied by Kacey Musgraves, the two embark on a Thelma and Louise and Gone Girl inspired voyage of transformation. The video finds them in a motel, staring at themselves in the mirror. Sivan cuts off a frightful mullet. Musgraves dyes her hair in the kitchen sink.

The two find themselves dancing at a karaoke bar, drenched in red light and between takes of a drag queen sitting on stage in front of a neon american flag sign. An element of sadness lingers in the background, adding to the video’s rich field of emotion and color. The costume design is standout, too — a kitschy ’70s inspired collection of form fitting bright colors, cowboy boots, and big sunglasses.

Sivan and Musgraves have worked together before, most recently on Musgraves’s 2019 Christmas themed pop-country album, The Kacey Musgraves Christmas Album. The video for their single, “Glittery,” also featured stellar costume design, with the two of them decked in bright, suitably glittery pink and green ensembles. Mark Ronson’s pedigree (Uptown Funk? Valerie?) adds a dance pop appeal that elevates the song to a commercial sad banger.

Obviously, the line up alone was fodder for pop fans and an instant hit, but both the song and the video deserve praise. The Ronson remix adds a layer of untamed energy to the track, making it fit for dancing or midnight bouts of restlessness.

It’s a sumptuous feast of cowboy boots, red lights, and drag clubs that leaves you wanting to grab your keys and your best friend and just go go go.