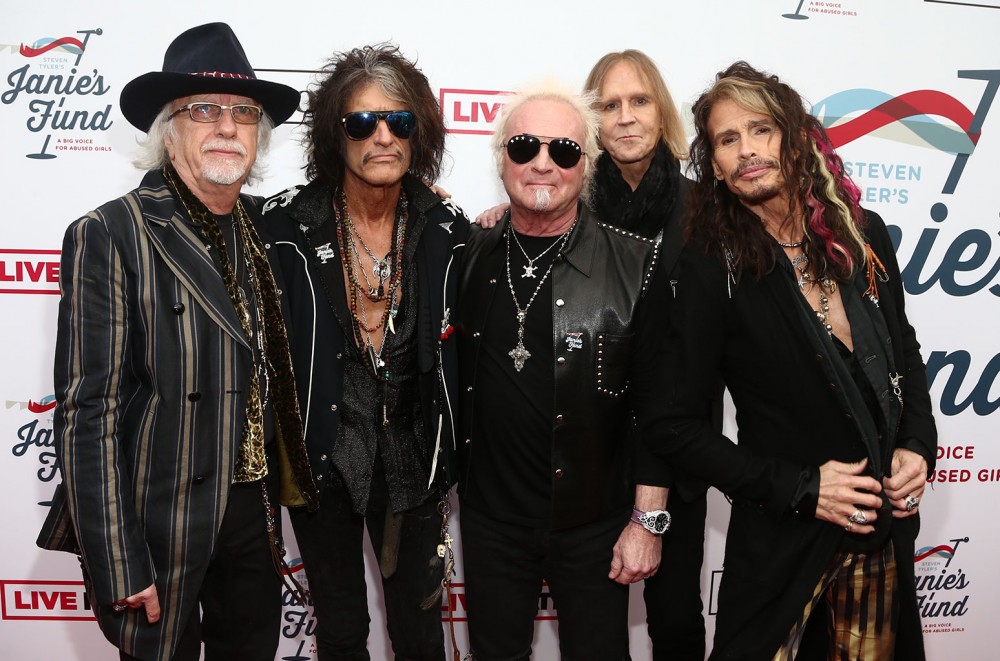 Joey Kramer was back where fans have been used to seeing him for five decades on Monday night: After getting sidelined by his bandmates in Aerosmith last month amid an ongoing lawsuit he filed against them, the band's drummer played a show at the group's Dueces Are Wild residency at the Park Theater Las Vegas at the MGM Grand. It was his first gig since a shoulder injury put him on the DL in April 2019, at which point he was replaced by his drum tech.

Based on video from the show, Kramer, 69, sat in with the group after getting iced out of rehearsals and a performance at last month's Grammy Awards; a Live Nation spokesperson confirmed to Billboard that Kramer performed with the band on Monday night, though Aerosmith had not posted any comments on social media about the reunion at press time.

Kramer joined the band onstage to accept the MusiCares Person of the Year award before this year's Grammys in January, though he did not play with the quintet due to the ongoing legal battle that found him suing his bandmates for making him audition to rejoin the band, which excluded him from playing with them at MusiCares, as well as the following night's Grammys and at their recent Las Vegas residency gigs. After the injury took him out of service last spring, Kramer has claimed that despite his recovery, and the audition to get his gig back, the other members of the band have not allowed him back into the fold.

According to a video, Kramer was barred from the Grammy rehearsals by two security guards who said they were "hired by the other four members of the band who asked that you don't come in today." Aerosmith are slated to play the Park Theater again Thursday night; at press time a spokesperson for the group had not responded to questions about whether Kramer would be behind the kit for that show or the final run of the current leg on Saturday.

Watch the video of Aerosmith playing "Last Child" at the Park Theater with Kramer on Monday night.