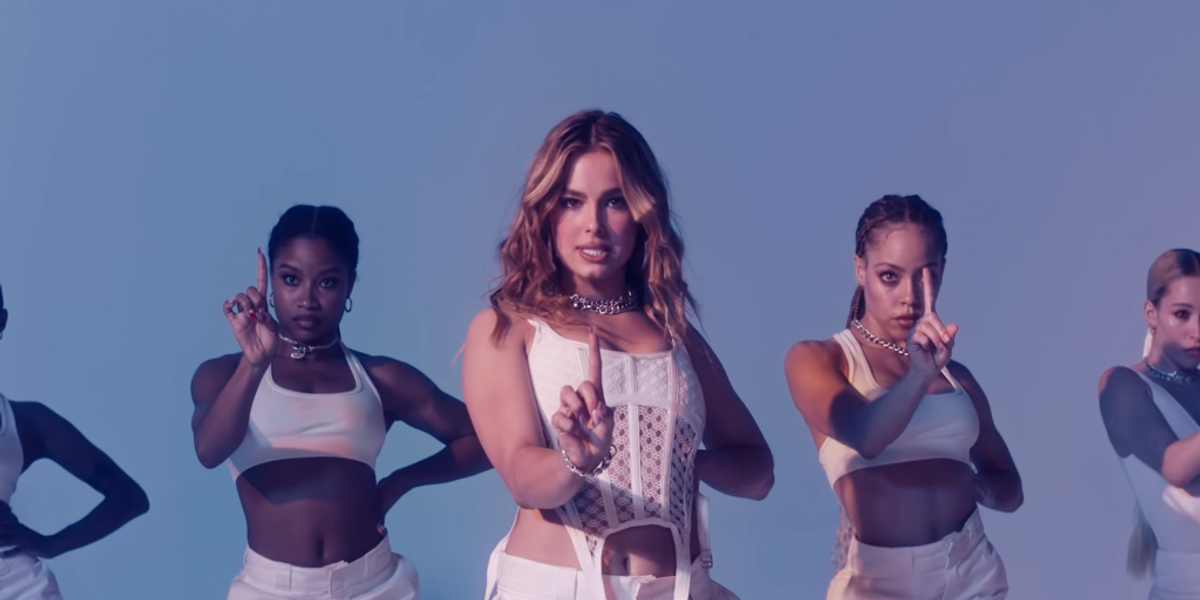 Rae, who is also working on a gender-swapped remake of 90s classic She’s All That that no one wants or asked for, released “Obsessed” alongside a video showing off her signature, cringeworthy TikTok dance moves. The song is a generic pop effort, with a lot of autotune in action in an attempt to disguise that the semi-melodic whispering Rae is doing is not in fact singing (a method that has carried the career of Selena Gomez).

The lyrics Rae is “singing” leave much to be desired. The chorus of “I’m obsessed with me-e-e as much as you” makes me almost wish for the soaring, though empty, teen-pop of “Drivers License.” At least Olivia Rodrigo can sing. This song’s general cadence is reminiscent of the early-2000s viral video “Hot Problems,” but at least that was rightly mocked in its day — and hilarious. Rae’s “Obsessed” doesn’t even offer any humor, just second-hand embarrassment.

The transitory nature of social media success means its stars are always grasping for footholds in any other industry they can squeeze their way into. Their attentive fanbase flocks to whatever content they produce, often giving their musical efforts and film appearances high ratings no matter the quality, or lack of it.

Some who initially found success on social media actually have talent that outlasts a 6-second video and have worked to redefine themselves outside of their beginnings — who even remembers that Shawn Mendes started out on Vine and Troye Sivan started his career on YouTube?

Gratuitous music efforts by the already-famous have been around for years, from Paris Hilton’s album to Kim Kardashian’s single, but the era of social media influencers with built-in audiences has made them ubiquitous. Most efforts however, especially in music, are predictably terrible and self indulgent — carried only by an overly loyal fanbase and pretty privilege. Here are some of the worst songs by social media stars:

One of the most recognizable names from the heyday of Vine, Cameron Dallas was part of the “Magcon Boys,” who got famous from the platform and toured across the country together performing skits and doing meet ups in what was called the “Meet and Greet Convention.”

Dallas has since acted in movies, starred in a Netflix documentary series called Chasing Cameron, and pursued a modelling career. His foray into music has been his least successful venture because even his fans must have found it hard to get into his various pop-rap efforts.

Dallas’s most egregious attempts are no longer on streaming platforms, such as his first single, “She Bad,” and even his most recent release, the embarrassing “FYP.” “FYP” stands for “For You Page” and is as much about TikTok as it is fodder for TikTok dance crazes. However, the song never really took off … which is probably for the best for us all.

A subset of Magcon that gained success from their proximity to sing/rap duo Jack & Jack was a group of Vine boys nicknamed “The Omaha Crew.” The boys were all from Omaha, Nebraska and had a shared passion for music, though no talent for it. But what did that matter when they had fans willing to entertain their shallow ambitions and even pay to see them perform?

Sammy Wilk, now most famous for his time linked to Kylie Jenner’s best friend, has been long trying to sell his rap ambitions as talent, and has pivoted to a reggae-rap cadence. The music is not just problematic in theory; it often contains troublesome and nonsensical lyrics such as “Nothing’s perfect, Bill Cosby” (which, to make matters worse, he rhymes with the line “I need a down a*s chick that can work the D” so…).

James Charles is one of the most famous current YouTubers and is notorious for his frequent scandals and problematic behavior. Charles has also had music aspirations for years, and even formed an a cappella group to showcase his self-perceived talent.

In every Flashback song, Charles obviously takes the solo, with short moments where the rest of the group gives us respite from his abrasive tenor. The rest of the group can actually sing — a quick glance at their social media presences full of singing videos makes that obvious — but Charles himself … less so.

Dixie D’Amelio, sister of TikTok superstar Charli with a massive social media following in her own right, launched her music career to some (valid) criticism about untalented TikTokers launching music careers and even speculation about her using bots to ramp up her Spotify streams.

Since being signed by LA Reid, Dixie has amassed millions of Spotify fans and listeners, which is more a credit to her fans than her music — which is bad. Her most famous song, “Be Happy,” gives the shallow illusion of depth over a generic synth-pop track that does not do enough to disguise the fact that she cannot sing. Her toneless voice and her expressionless face in the music video could only be the work of someone who is already famous and guaranteed a hit no matter what.

Before TikTok, there was musical.ly, which proffered stars like Jacob Sartorious. The baby-faced star is also famous for his relationship with Millie Bobby Brown and his budding music career.

While none of his songs are good, none can match the complete ridiculousness of one of his earlier singles, “Sweatshirt,” and its cringe-inducing video. The song is replete with voice cracks and bars that are more pitchy than not, yet it has almost 60 million views on YouTube.