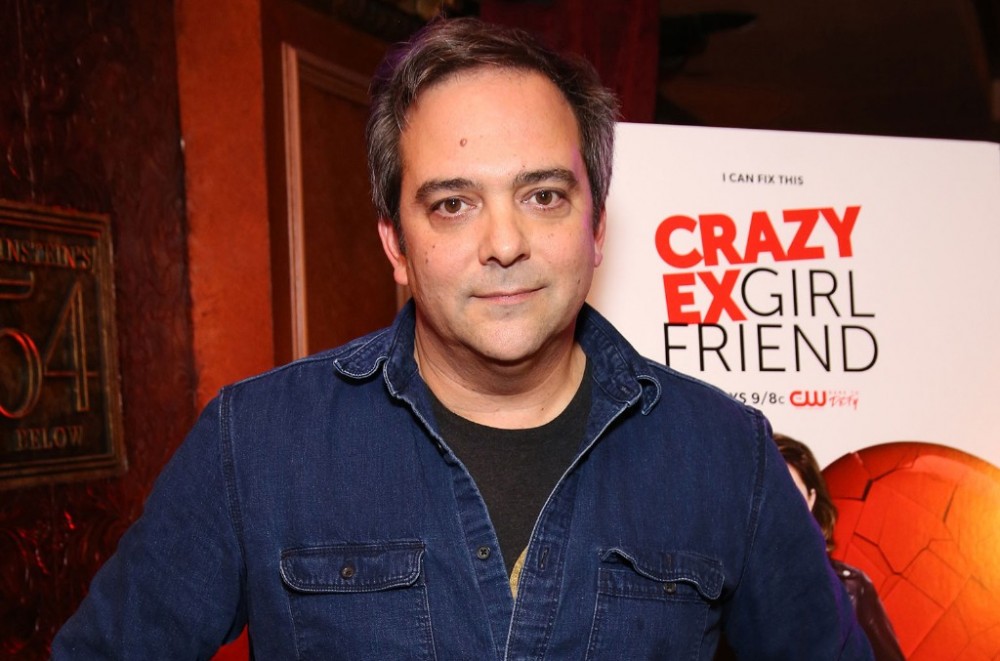 The Fountains of Wayne co-founder died yesterday from coronavirus complications. Through his 52 years he frequently flourished, just outside the spotlight.

When you grow up in New Jersey, you get used to knowing you’re striking distance from the center of the world and a punchline at the same time. At any given moment, wherever you are in the Garden State, you’re never much more than a two-hour trip from New York City. It can be inspirational and even life-affirming, but also numbingly normal. You’ve got a story to tell, but outsiders figure Springsteen or Bon Jovi already told it a generation ago, and would rather just hear some Sopranos or Jersey Shore trivia. Your state’s cities are thought of like suburbs, and its suburbs are pretty much the most suburban places on earth.

Adam Schlesinger, who died yesterday (Apr. 1), grew up in one of those suburbs. The singer-songwriter spent his formative years in a college town called Montclair, about a 45-minute train ride from the City. All things considered, it’s not so bad. It has nice parks and brunch spots, an annual film festival, and a DIY music venue where bands like the Front Bottoms and Pinegrove cut their teeth. Stephen Colbert lives there when he’s not holed up in the Ed Sullivan Theater. Ezra Koenig grew up one town over, before he took off for Columbia University and started Vampire Weekend. The town can have a transient mood, like it’s just one stop en route that emerald city on the horizon. The whole state can feel that way. Yet Schlesinger owned every bit of it; if that meant writing weirdly specific odes to Jersey towns on his band’s breakthrough album, so be it.

I’m talking about “Hackensack,” the song that comes after “Stacy’s Mom” on 2003’s Welcome Interstate Managers, Fountains of Wayne‘s masterpiece third album. “Hackensack” is an overcast, minor key soft-rocker sung by a 20- or 30-something guy working dead end jobs in the titular North Jersey town, another NYC commuter hub. He’s still fixated on a high school crush, should her L.A. acting career ever run dry: “If you ever get back to Hackensack, I’ll be here for you.” This could come off creepy or just plain sad, but Schlesinger’s lyrics walk the tightrope between relatable and affable. Harmonies with lead vocalist-guitarist Chris Collingwood help there, as do rhymes like “I saw you talkin’ to Christopher Walken on my TV screen.”

Schlesinger, the band’s bassist and backing vocalist, shared writing credits with Collingwood on virtually every Fountains of Wayne song, so it’s often difficult to tell where their voices begin and end. Not on “Hackensack,” though. “Usually, a rule of thumb is if one of our songs has a New Jersey reference, or is about high school, that’s one of Adam’s,” said Collingwood in a 2004 interview.

Welcome Interstate Managers helped me through related doldrums that summer. I’d come to the realization that my athleticism wasn’t going to cut it at any high school sport, which meant drifting from old friends and finding a new crowd. This would eventually happen through music and Jersey’s burgeoning punk scene, but for the time being there were many lonely days and nights to pore over new albums. Fountains of Wayne’s witty power-pop offered a sunny alternative to decidedly less cheerful local favorites like Thursday and My Chemical Romance. Here were four seemingly well-adjusted guys who became rock stars singing about the places I passed by on the way to visit my grandparents. Or the small wonders of living in New Jersey just to be a little closer to a cubicle you call home in New York. Or just passing out at Port Authority. My Beatles-loving boomer dad scoffed at just about everything else coming from my bedroom speakers, but Fountains of Wayne somehow drew high praise for their lyrics and melodies.

It all made even more sense when I learned of Schlesinger’s songwriting side hustles: no wonder this band is so good, they’ve got the guy who wrote “That Thing You Do”…  and the Crank Yankers theme song! A couple years later when he penned the Click Five’s boy-band-with-guitars smash “Just the Girl,” I didn’t have the guts to admit liking it in front of my punk friends, but rocked out to it as a conveniently unnamed track on my iPod classic. Further down the line, cubicles and trains in and out of the City became a part of my daily routine. Life as a character in an Adam Schlesinger song? There are worse ways to spend your early twenties. This week was a heartbreaker, but I know I’ll be queuing up Interstate Managers on some delayed PATH train ten years from now, Adam right there with me.

Schlesinger was never a celebrity to the masses. To most, his primary band was a one-hit wonder or the answer to some trivia question, kind of like the North Jersey lawn ornament store he named it after. Then yesterday, the tributes poured in. Tom Hanks mourned him, celebrating his for his work on That Thing You Do!. Jimmy Kimmel did the same, pointing out how pleasant he was to work with on the Crank Yankers theme. Ditto for Colbert, with whom Schlesinger collaborated on numerous projects. Among fellow songwriters, Diane Warren and Jack Antonoff sung his praises. So did the Governor of New Jersey. Adam Schlesinger showed we’re all a little closer to greatness than we think.