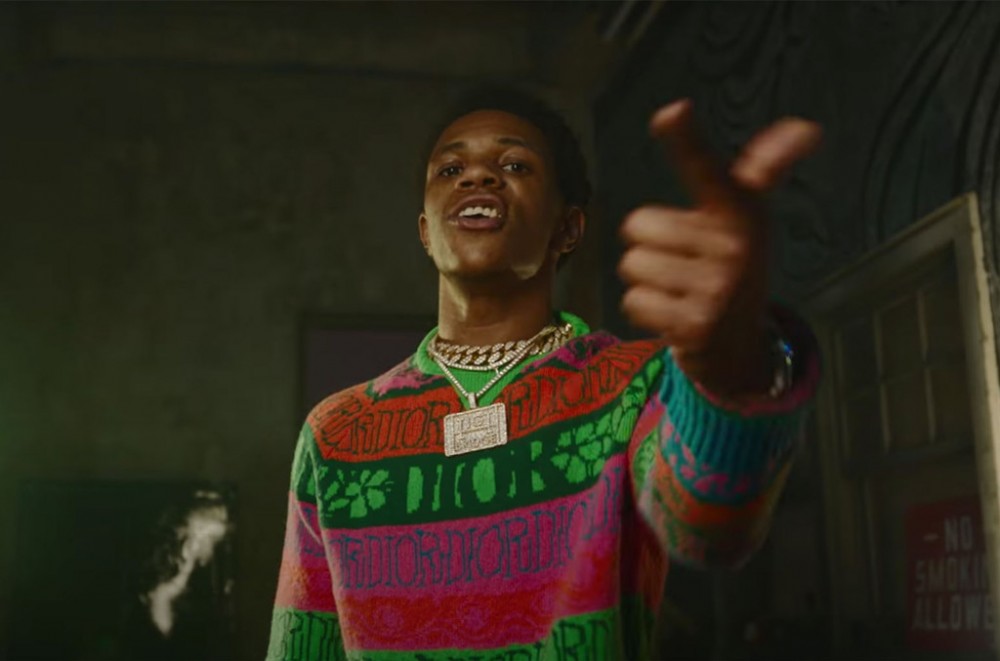 After releasing his album Artist 2.0 earlier this year, A Boogie Wit da Hoodie tantalized fans with his new song “Bleed” Tuesday (June 16) in honor of the deluxe project set to be released Friday.

The visual finds Boogie swerving through unstable friendships while embracing his status as a powerhouse talent in New York rap. “They call me a SoundCloud boy/ They stealin’ my sound now, boy/ I feel like I’m really the king in my city / I got the crown now, boy,” he spews on the ominous track.

In an interview with Billboard last February, Boogie spoke on his disdain for other artists taking his sound. “It’s not fun no more,” he said. “It’s still fun to make music for me, ’cause I’m still doing my thing, trying different s–t, but I feel like if everybody tried different s–t, we can see who’s really nice.”

He also spoke on his standing in New York rap, acknowledging his need to remain humble while perfecting his craft. “I have the stats, but I’m not finished. I practiced. I didn’t master it. I mastered recording, I mastered certain things, but I didn’t master everything yet. I still have some time to go, you know?” he explained.

Recently, Boogie announced he would be donating $100,000 worth of laptops and tablets to his former elementary school, PS 126 in the Bronx, to help encourage safe distance learning during the coronavirus pandemic.

Check out “Bleed” below.