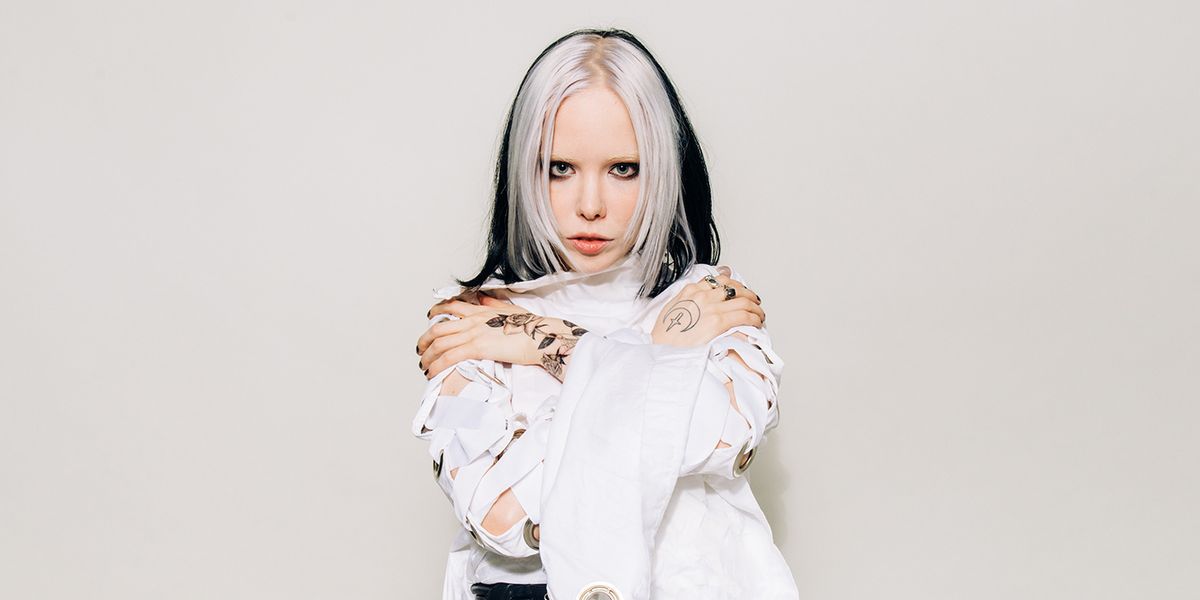 In October 2014, a piece of news broke that would deeply disappoint punks, goths, and Tumblr music geeks alike: Alice Glass was stepping down from her role as the vocalist and co-songwriter of the beloved duo Crystal Castles.

The departure was sudden. Glass, whose thick eyeliner and heavy-lidded stare became synonymous with 2010s alternative style, didn’t offer much of a reason for her leaving. She made it clear that Crystal Castles was done, and she intended to pursue a solo project. If only it had been so simple.

“Even though it was my life’s work, I DO NOT endorse Crystal Castles and neither should you,” Glass wrote in a Twitter thread this week, addressing false rumors that she still earns royalties from her recordings with the band. The exhaustion in her tweets is palpable. Even after leaving the band, Glass still seems to suffer from the aftermath of a tainted history with her ex-bandmate, Ethan Kath.

In 2017, Glass finally cleared the air about her departure. She issued a statement on her website that alleged Kath had committed years of sexual, physical, and mental abuse, which she recalled starting as early as when she was 15 and Kath—whose real name is Claudio Palmieri—was about 25.

“Claudio was very manipulative towards me,” Glass wrote. “He figured out my insecurities and exploited them: [H]e used the things he learned about me against me. Over a period of many months, he gave me drugs and alcohol and had sex with me in an abandoned room at an apartment he managed. It wasn’t always consensual and he remained sober whenever we were together.”

In the statement, Glass went on to detail how Kath diminished her role in the band from the moment they recorded their first single, “Alice Practice.” She alleged that as Crystal Castles grew in popularity, he kept a controlling hand over her appearance, behavior in public settings, her eating habits, and how she spent her free time.

Glass continued: “[Kath] became physically abusive. He held me over a staircase and threatened to throw me down it. He picked me up over his shoulders and threw me onto concrete. He took pictures of my bruises and posted them online. I tried to leave, and he swore that it would never happen again, that he would never physically abuse me again. More severe psychological and emotional abuse took its place.”

As Kath’s alleged abuse and control grew more and more dangerous, Glass wrote that her depression and suicidal thoughts contributed to the often dark subject matter in Crystal Castles’ music. Though she says Kath was talented at masking his behavior with a kind demeanor in public, she felt disposable and replaceable for the majority of her time in the band.

Signing off the statement, Glass wrote: “Leaving Crystal Castles was the single most difficult decision I’ve ever made—that band was everything to me. My music, my performances and my fans were all I had in the world. I gave that up and started over not because I wanted to but because I had to. As difficult as it was, I knew that leaving was one of the best decisions I’ve ever made. It has taken me years to recover from enduring almost a decade of abuse, manipulation and psychological control. I am still recovering.”

Glass’s statement came shortly after the release of her self-titled debut EP, while Kath found a new Crystal Castles bandmate in singer Edith Frances. Kath responded to Glass’s statement by claiming that her accusations were “pure fiction” and went on to file a defamation suit against Glass, which was dismissed in early 2018.

“Please spread the word about my music,” Glass continued in her Twitter thread. “[About] why I had to leave Crystal Castles for my own safety. And why it is crucial to support ethical artists and brands in these difficult times.”

apparently there’s some rumor being spread that I receive all the royalties from Crystal Castles music. I DONT.… https://t.co/BGy67MhyIF

please spread the word about my music. why I had to leave Crystal Castles for my own safety. and why it is cruci… https://t.co/Ss4UAg76zI

even though it was my life’s work, I DO NOT endorse crystal castles and neither should you. STREAM ALICE GLASS

Furthermore, Glass assured fans that a new solo record is in the works, which she describes as a “culmination of years of literal blood, sweat, sobs, screams, and tears.” Though Glass shouldn’t have to continue making herself vulnerable online for the sake of her career, hopefully her continued messages help to put an end to the careers of the remaining members of Crystal Castles.