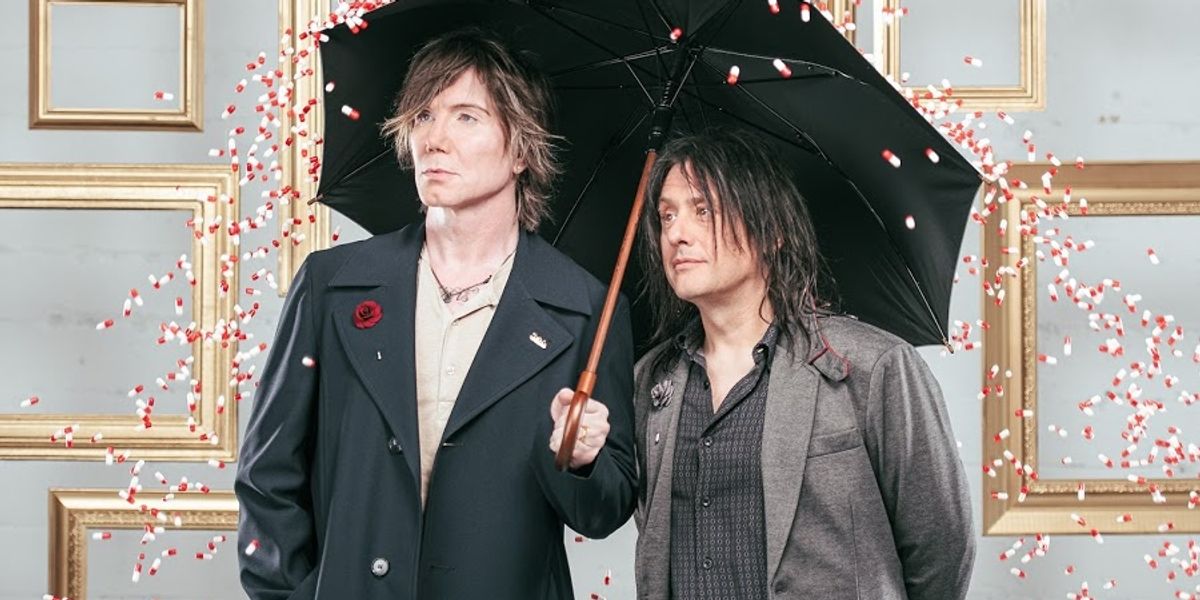 The Goo Goo Dolls’ first holiday album, It’s Christmas All Over, is slated for release on October 30, but from the opening moments of our conversation, it’s clear that John Rzeznik isn’t going to bullsh*t me.

“Of course, it’s cheesy, it’s a Christmas album, and at points, it gets a little sappy. But there are also points that are badass,” said Rzeznik. The lead singer genuinely adores Christmas and assures me that he and his family go all out every year. He embellishes his house with decorations and even has a toy train he wraps around the tree.

“[Christmas] is all about making the best connection that you can, even if it’s six feet away,” he said. Jokes aside, the band’s intention behind the album remains earnest. “Listen, If I ever have a chance to help people forget their problems for 33 minutes, then I should do it,” he said. “These are not ordinary times.”

The group has been deep in quarantine as of late. They were able to tour after the release of their twelfth studio album, Miracle Pill, back in 2019, but Rzeznik hasn’t been too keen on having to stop. “Sh*t goes sideways when people isolate,” he said. In that respect, the recording process of It’s Christmas All Over was incredibly therapeutic for the band. They were able to enter the studio with their longtime keyboard player Jim Mcgorman and guitarist Brad Fernquist, and in turn, they had a lot of fun regurgitating old Christmas classics. “We were just laughing so much,” Rzeznik said. “It was such a joy to make this record, and I just want a little bit of that to rub off on everybody.”

Miracle Pill seems like another lifetime ago. What’s changed for The Goo Goo Dolls since then?

Not being able to tour was big. I got a little depressed. Everything shut down, and I’m not unique in this at all, but the whole world had to just sit there and take it, and it felt like there was nothing we could do about it. [Because of that it felt like] there was no point in getting upset. We had to do the best we [could].

I don’t know if you saw, but a pop-punk record recently debuted at number one on the Billboard 200, and it feels like there is this collective yearning to go back to the early-2000s. How do you remember that time?

I don’t know, there was chaotic uncertainty [during] that time. First Y2K, then 9/11, then two wars, a financial collapse.

How do you look back now on Dizzy Up the Girl then? Because that was such an early 2000s pinnacle.

I’m really grateful for that album. I did some of my best work on it, and it propelled us into a place where we were going to be able to have a career. Did I know that it was gonna last as long as it has? No.

It’s true, though, that time period wasn’t all that great either.

There is a phrase that says if something is in circulation for 20 years, people start to get nostalgic for it. But now this? The whole West Coast is on fire; you can see the smoke in the air. The system in this country is so profoundly broken. I remember I was in LA recently lying in my bed, and the building started to shake, and I just thought, “This is the cherry on the sh*t cake that’s called 2020. Bring it on, bring on the earthquake.”

What was it like recording a Christmas album in Los Angeles, then?

How are you holding up now?

I’m working on new music. Whether I can go out or not, I wanna keep putting music out. It depends on how you measure creative output. Am I in the studio trying to have a big hit on the radio? No. I’ve had a long career, I hate to say it, but I’ve been doing this longer than you’ve been alive. [Laughs]. So I’m trying to just dig as deep as possible and keep speaking my own truth. That’s the only way to measure it at this point.