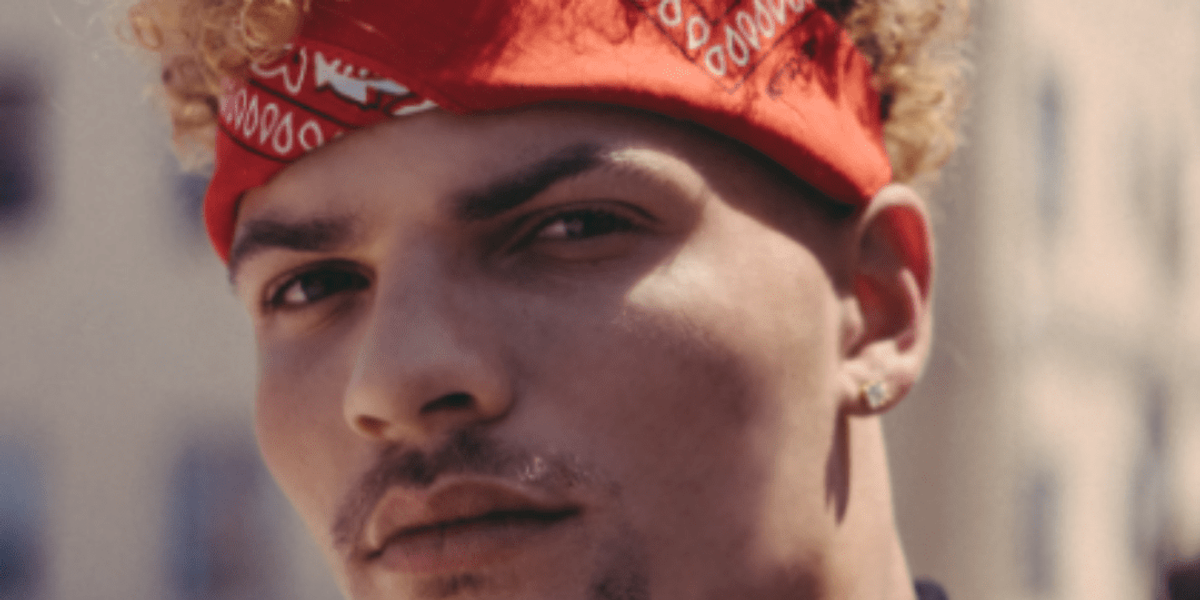 The buzzing melodic rapper, who collaborated with Lil Yachty for his latest infectious single, “Colorful Sh*t,” admits it’s frustrating to be popping off in quarantine. “We can still move through it though,” he says. “Anybody that knows me knows how much I have going on outside of music. Just being hopeful and staying positive and staying on my grind is just my way of showing people that no matter what you have going on, there is still hope.”

The 23-year-old Oakland rapper was adopted as a child and grew up with five adopted siblings in a tough Bay Area neighborhood. As a result of his upbringing, keeping a tight-knit community is incredibly meaningful to him.

“The way people look at where I’m from right now, I’m trying to change that,” he said. The Bay Area’s creative image is often associated with high-energy artists, such as Mac Dre, and Too $hort, Keyz aims to revitalize the public’s perception of his community. “More than just like the violence and the homicides, but the way that people look at our music culture [specifically.] I’m tryna change the outlook, I’m tryna make it so people don’t just see one thing when they look at the Bay Area.”

Keyz’s music is melodic and heartfelt, his three singles bouncy enough for the club but introspective enough for a late-night drive. “Colorful Sh*t” is succinct and snappy, enough so that it unexpectedly caught the attention of Lil Yachty. “I recorded the song and it somehow it found its way into one of his sessions,” Keyz said. “I wasn’t expecting it at all, to be honest.”

How did you connect with Yachty for the “Colorful Sh*t” music video?

When you don’t know someone’s work you’re kinda skeptical about meeting them, but it was cool. He treated me like we knew each other. It was nothing but good vibes.

One thing that struck out to me about your grind is that your backstory seems vital to your development as an artist. Some artists aren’t as open about their upbringing as you are. I’m curious how you feel your backstory plays into your role as an artist?

Honestly, my upbringing was hard, but I don’t like to let that shadow the kind of music I make. It can get hard to talk about certain things, but [that] plays a lot into me being able to understand other artists and how to relate to people that are still struggling. Being from the same places as the people you’re trying to relate to makes it a lot easier to reach out and connect.

You have a line in “Russia” that says, “When they see you doing good they gonna hate you.” How do you stay focused on your vision despite these setbacks that come with coming up?

The best thing to do is just cut that kind of energy out of your circle. It’s gonna be hard at first, because some of the people that you know don’t like you [are] around you and in your face every day. You gotta separate your real friends from the people who are just around you for what you have going on. Being close with people from the same place as you—it [can] make them feel like: Why are you doing this but I’m not? [There’s this] idea that they should have this just because I do because we’re from the same place…

They want all the clout but without any of the work.

Exactly. A lot of people around me did put in the work to get here with me, but a lot of ’em have just been around so you feel kinda obligated to bring [them with you]. You have to learn to separate from the people who actually care about what you want.

Keeping a good community around you sounds really important to you.

It is. Having a community behind me is [everything]. I’m tryna lead the way for other people.

When did you discover that you had such a good ear for melody?

It took a while. I had to get my own set-up [and] my own studio so I could actually start experimenting with my voice. When I started I was just rap, straight bars. When I got my own set-up I felt more comfortable trying sh*t. I’m still learning, to be honest. I don’t feel like I’ve come out with a specific sound yet, because I’m trying to do something new.

Have you found your sound enough to start working on an album?

To be honest, I want the people to ask for it. I’m doing really well putting out song after song like this. I’m trying to build up a solid fan base so that when I put out an album, people are ready for it.