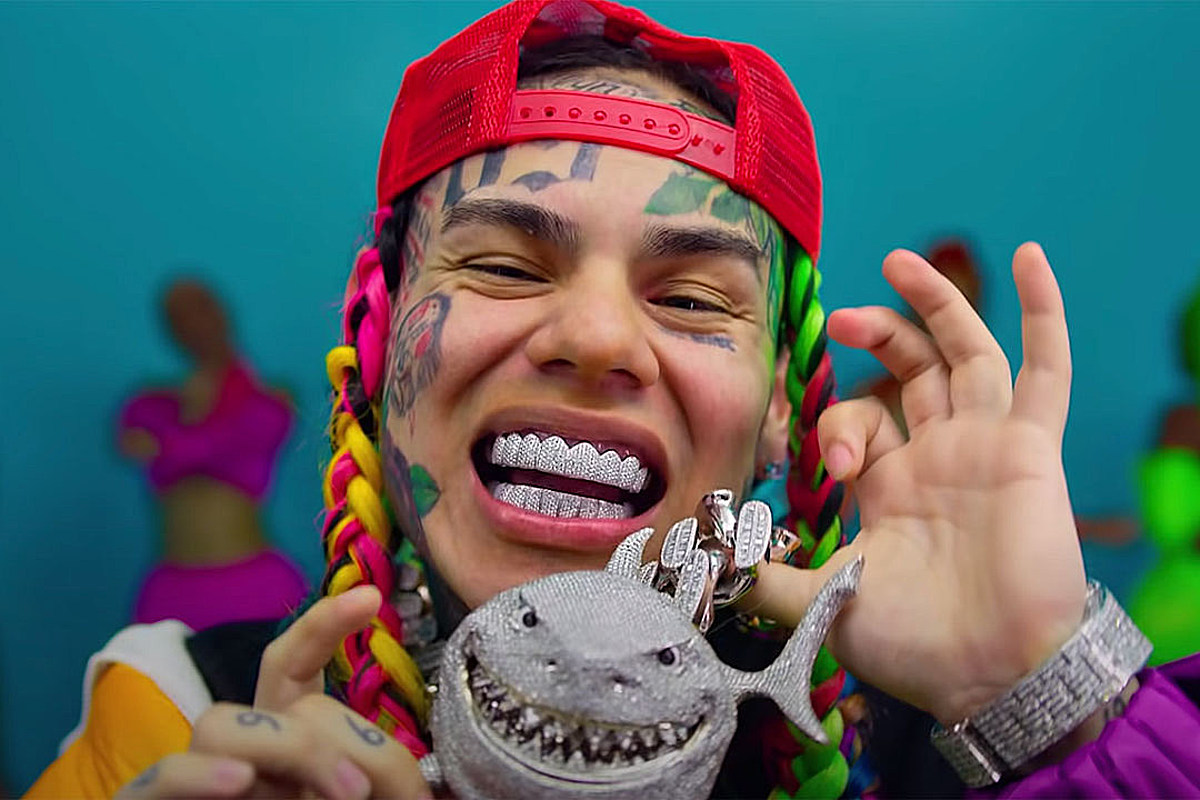 6ix9ine is on pace to score his first No. 1 album.

On Saturday (Sept. 5), album sales source HitsDailyDouble projected the Brooklyn rapper's new LP TattleTales to take the No. 1 slot next week when the new numbers are officially announced for the Billboard 200 chart. According to the site, Tekashi's sophomore album is set to move 150,000 equivalent album sales. The same source has Big Sean's new Detroit 2 album coming in at second place with 125,000 equivalent album sales.

6ix9ine's new album was spearheaded by the singles "Gooba," "Trollz," "YaYa" and "Punani," and features guest appearances from Nicki Minaj, Akon and more. Tekashi's debut album, Dummy Boy, debuted at No. 2 when it was released in November 2018.

Despite projections looking positive, 6ix9ine does not think his is getting a fair shake. On Saturday afternoon, he hopped on Instagram to vent. "I woke up in a bad mood, Ima keep it all the way a buck," he started. "I'm supposed to be in a good mood, but I'm in a bad mood. Album just dropped, yesterday. I'm looking at all these [streaming services]…they completely shutting us out like we didn't drop an album."

After searching unsuccessfully for his album on the front page of Apple Music and Spotify, Tekashi added, "All I'm saying is, y'all already took radio away from us. If y'all gon' cheap us, just give us a fair fight."

This has become a recurring theme with Tekashi, who vented about unfair treatment following the release of his first post-prison single, "Gooba," which lost out on debuting at No. 1 to Justin Bieber and Ariana Grande's "Stuck With U."