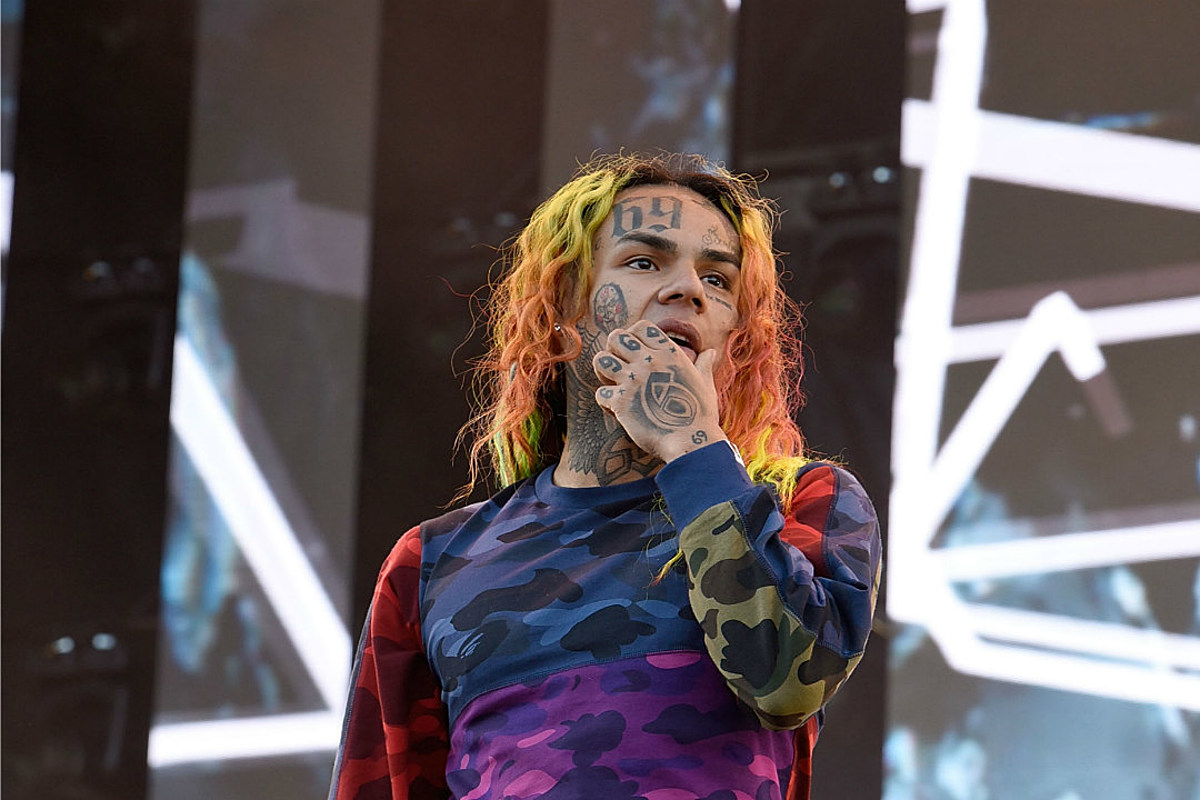 It looks like the sales projection for 6ix9ine's new album has decreased significantly.

Following news that Tekashi's new album, TattleTales, was being projected to move around 150,000 equivalent album sales and possibly debut at No. 1 on the Billboard 200 chart, a new report from HitsDailyDouble, published on Monday (Sept. 7), now says the Brooklyn rapper-federal informant is only on pace to move around 40,000-50,000 EAU. It is unclear what caused such a large decrease in projected sales. However, there is speculation that many of the album bundles of Tekashi's LP have been deemed ineligible. If the numbers stick, it would put Big Sean's new Detroit 2 album in pole position to dethrone Taylor Swift's Folklore for the No. 1 spot.

6ix9ine has a history of complaining about not getting a fair shot from the industry.  Adding insult to his current injury, his new album is not being displayed on the new music pages for Apple Music and Spotify. On Saturday (Sept. 5), Tekashi vented on Instagram about feeling like he is not getting a fair chance. "I woke up in a bad mood, Ima keep it all the way a buck," he started. "I'm supposed to be in a good mood, but I'm in a bad mood. Album just dropped, yesterday. I'm looking at all these [streaming services]…they completely shutting us out like we didn't drop an album."

Tekashi added, "All I'm saying is, y'all already took radio away from us. If y'all gon' cheap us, just give us a fair fight."

Now, it appears TattleTales will debut at No. 3, at best, when the Billboard 200 chart is announced next week.