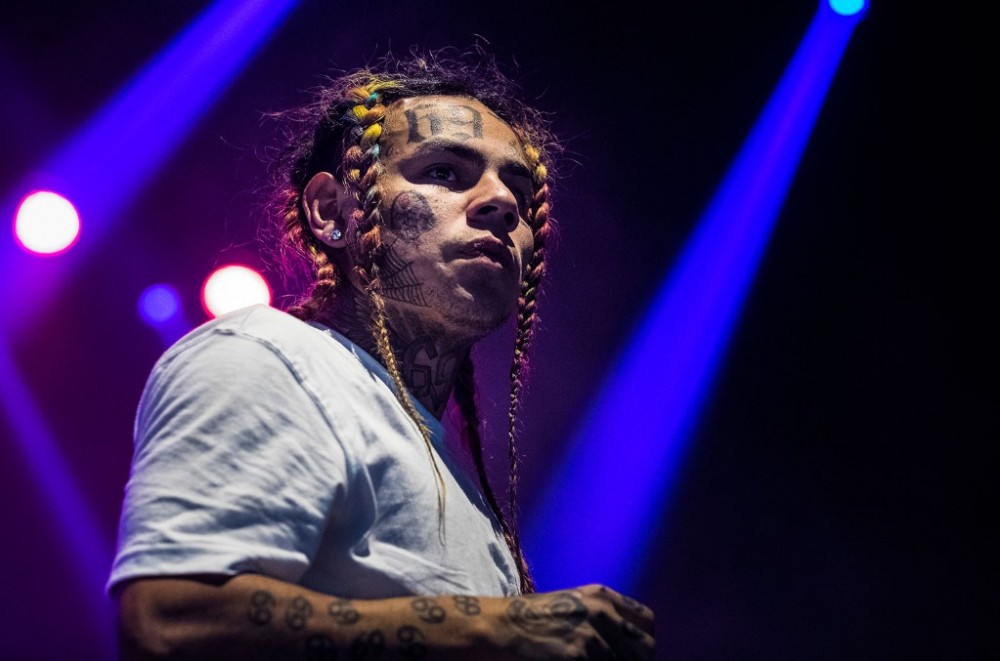 6ix9ine is hard at work on his next album, and he’s recruited Akon to assist in the process.

The 24-year-old rainbow-haired rapper, who was recently granted an early prison release amid the coronavirus pandemic, took to social media Sunday (June 7) to share a clip of himself rapping new lyrics over the beat of Akon’s 2004 song “Locked Up.”

“LOCKED UP PART 2 IM ON ALBUM MODE,” 6ix9ine captioned the clip, which shows Akon dancing by his side. “THIS ALBUM GOING CRAZYYYYYYY.”

Akon shared the same video on his Instagram page, writing, “Being Locked up can really change your prospective in life. Ask @6ix9ine #lockedup Coming Soon!”

“Locked Up” appeared on Akon’s 2004 debut album, Trouble. The song, which features Styles P, peaked at No. 8 on the Billboard Hot 100.

Last week, 6ix9ine announced that he has started recording a new album while on house arrest. “Literally can’t stop making hits,” the rapper captioned a video himself in a makeshift studio. “I ain’t like these other rappers who sounds the same in every song.”

6ix9ine returned with his comeback single “Gooba” in early May, and has been promising even more new music ever since. Check out his posts below.