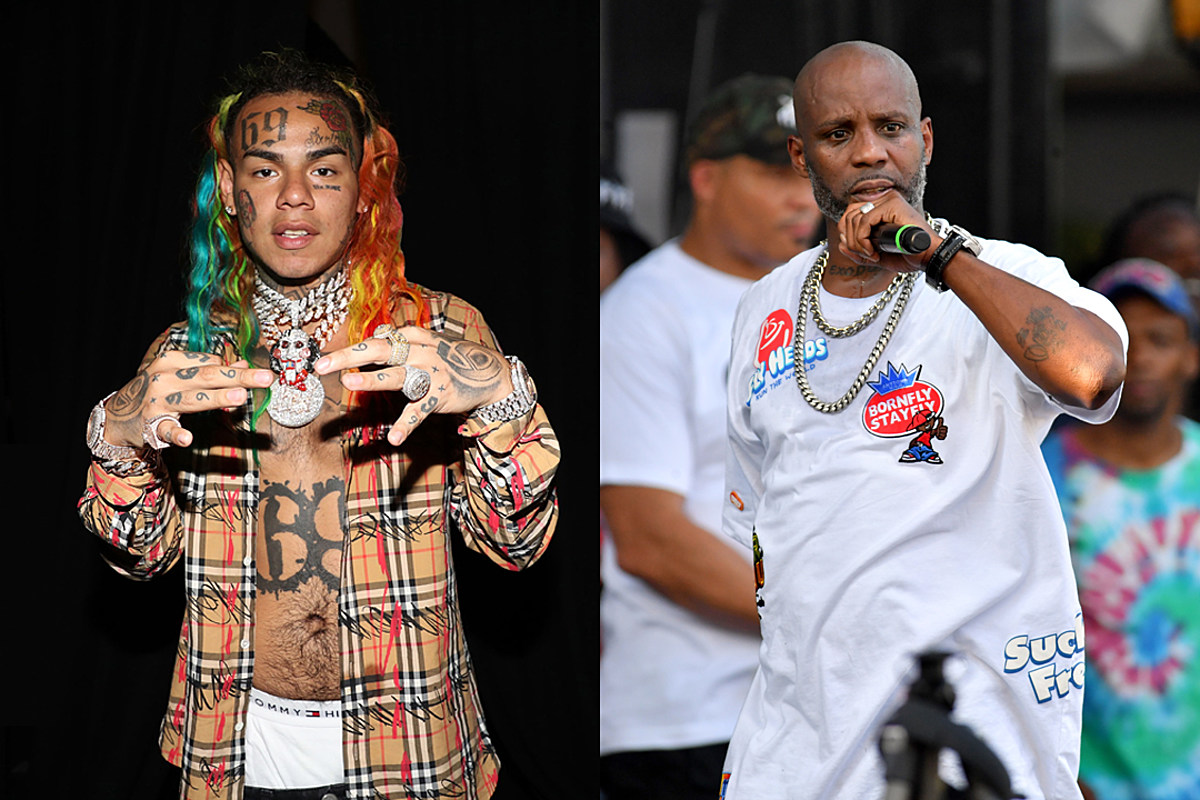 Since cooperating with the federal government to help bring down members of the Nine Trey Gangsta Bloods in 2019, 6ix9ine's allies have seemingly been scarce. But in a new interview with Billboard, the 24-year-old rapper says he was offered guidance from the one and only DMX.

In the piece, which was published Friday (Sept. 4) after he dropped his new studio album, TattleTales, 6ix9ine claimed that he and X forged a relationship while the "Trollz" rapper was locked up.

"Me and DMX was in full-blown conversations that whole time I was locked up," Tekashi admitted.

He then went on to explain how the Ruff Ryder supposedly gave him advice on multiple occasions.

"He was at MCC, he said, he put it like this, he said, quote-on-quote, 'Baby boy, do what you got to do,'" Tekashi continued. "And I'm on the jail phone cause he's at MCC. He was just released one of the guys I was locked up with was celling with DMX at the MCC, the Manhattan Correctional Center in MCC. He got released, we stayed in communication, he like 'Yo boy, do what you do.'"

Tekashi doesn't get into too many details, but it can't be determined what he says X was telling him to do.

Elsewhere in the interview, 6ix9ine called out Anuel AA for saying he wouldn't speak with Tekashi anymore due to his legal issues. 6ix9ine claims Anuel not only talked to him after his prison stint, but that the two have also worked on a song together.

Check out the full interview below. 6ix9ine's talk about his relationship with DMX starts at the 5:30-minute mark.

XXL has reached out to DMX to try to get a statement on 6ix9ine's claims.