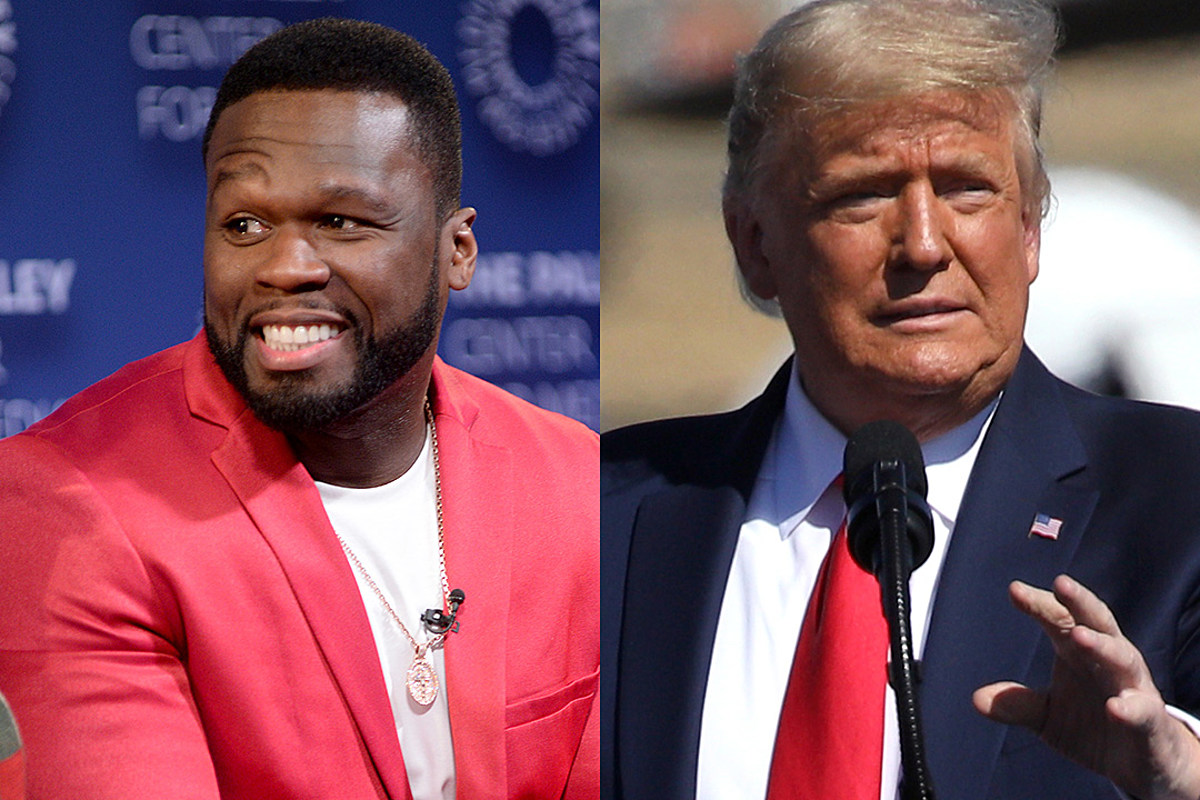 50 Cent has weighed in on who he is voting for in the upcoming Presidential election.

On Monday (Oct. 19), 50 Cent endorsed President Donald Trump for the 2020 Presidential election after seeing Joe Biden's proposed tax rate for states. In a photo shared by the 45-year-old rapper, Fif explained his frustrations with the Democratic nominee seeking to push taxes New York City, taxpayers earning more than $400,000 a year tax rate up by more than 60% while those making less than $400,000 would receive tax breaks.

Since 50 is a multimillionaire, it's easy to assume watching his money flow quickly into the pockets of Uncle Same have swayed his decision. Trump is known for creating tax breaks that benefit Billionaires and recently came under fire after tex returns released by the New York Times revealed that the 74-year-old had only paid $750 in 2017. This, however, isn't the first time Fif has expressed his fondness for Trump. Back in April, Fif told fans he liked Trump after the President encouraged Americans to inject themselves with disinfectant to fight Coronavirus.

The rapper's endorsement of Trump was met with mixed reviews. "50 Cent can go fuck himself for choosing his personal wealth over the health of the nation What a selfish piece of shit," one angry Twitter user wrote."

While another sided with the rhymer's reason to vote for the Republican figurehead. "50 Cent has endorsed Trump because he doesn't want Biden to take over half his earnings in taxes. The Left of course treats this as some kind of frivolous reason to vote a certain way, but these are the sorts of things actual adults care about."