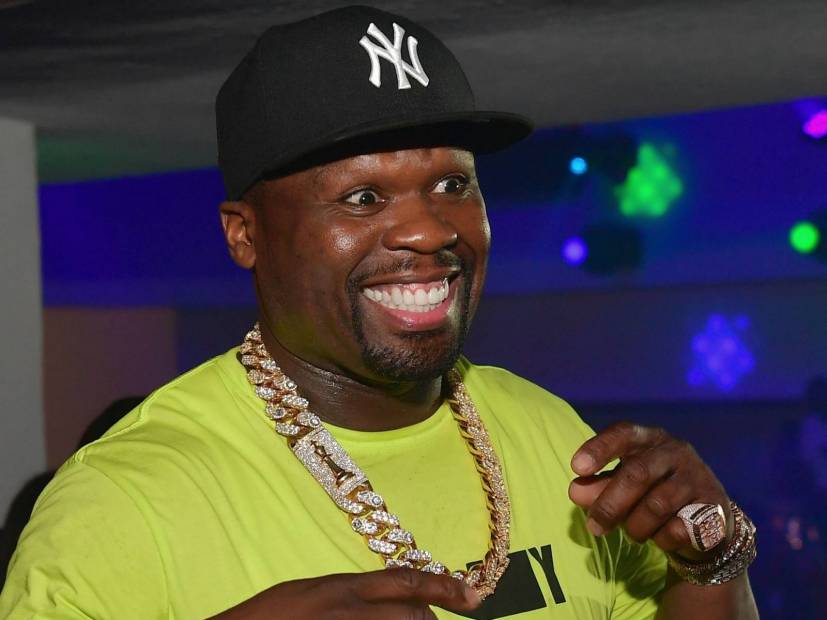 50 Cent is one of the thousands of people weighing in on Donald Trump’s latest inflammatory comments.

While delivering his daily coronavirus press briefing on Thursday (April 23), the current POTUS said, “I see the disinfectant that knocks it out in a minute, one minute. And is there a way we can do something like that by injection inside, or almost a cleaning?

“Because you see it gets inside the lungs and it does a tremendous number on the lungs, so it would be interesting to check that.”

ARE YOU KIDDING ME?!?!? pic.twitter.com/dx6yJVqnyF

Social media erupted with memes, outrage and disbelief. “Did Trump really just suggest injecting disinfectant into the human body to cure the coronavirus?” seemed to be a popular question. 50, never one to shy away from expressing his opinions, opted for a Clorox meme to get his point across. The meme shows a cartoon rendition of Trump drinking a giant bottle of Clorox.

“This fucking guy is a nightmare, but i think i like him,” he wrote in the caption. I cant believe he said that shit out loud. LOL.”

😆This fucking guy is a nightmare,🤔but i think i like him. 😳 I cant believe he said that shit out loud. LOL #abcforlife #STARZ

To further illustrate his self-admitted admiration for Trump, the For Life producer shared one of Trump’s most controversial comments in another Instagram post.

“Favorite Trump quotes: just grab her by the pu$$y,” he wrote.

Finally, the Get Rich or Die Tryin’ rap legend shared one last meme addressing the topic, which featured a fake medicine bottle of  “Clorox Chewables.” They are “Trump Recommended” and promises to kill 99.9 percent of germs.

He wrote in the caption, “yo ya man is crazy LOL.”

👀yo ya man is crazy LOL #abcforlife #STARZ #BMF

The coronavirus pandemic is continuing to wreak havoc on the globe. According to the latest report from the Centers Of Disease Control and Prevention (CDC), there are roughly 828,441 cases and 46,379 coronavirus-related deaths in the United States alone.

Despite the alarming number of fatalities, certain states have started the re-opening phase, lifting some of the stricter stay-at-home directives.