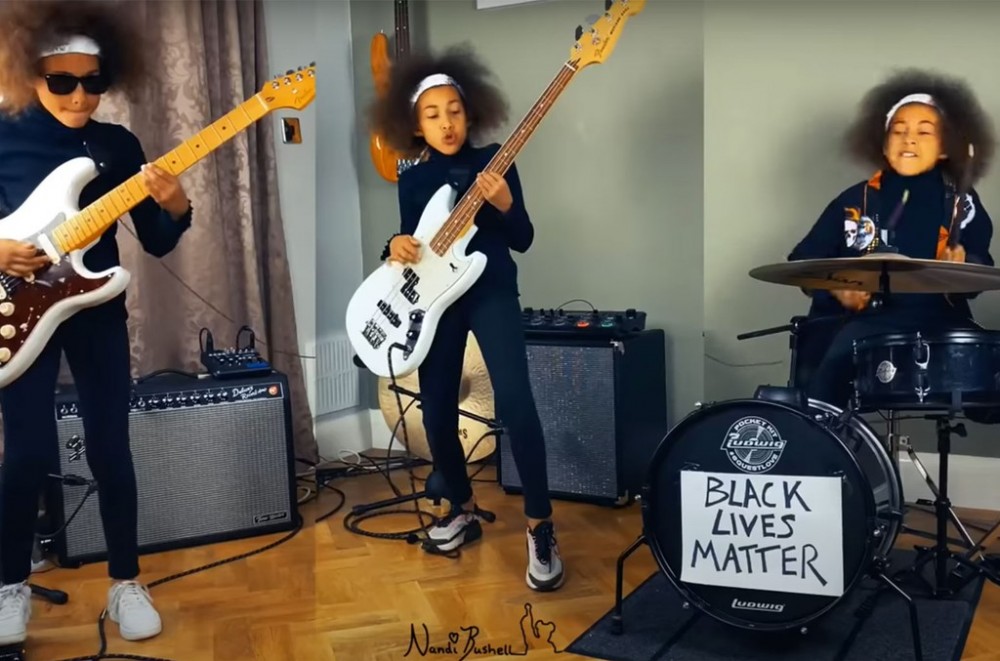 The impressive cover even earned the approval of Tom Morello.

Child rock prodigy Nandi Bushell is back and taking a stand for Black Lives Matter with a new cover of Rage Against the Machine‘s “Guerrilla Radio.”

In the minute-long instrumental clip shared on Monday (June 1), the 10-year-old drummer absolutely slays the lead single for the band’s 1999 album The Battle of Los Angeles, not only rocking out on a drum set (emblazoned with “Black Lives Matter” on the bass drum’s head) but also playing electric guitar and bass.

“Solidarity in the Fight to End Racism! #fightracism #blacklivesmatter #enoughisenough,” Bushell’s parents wrote in the song’s description on YouTube. “This song is one of [Nandi’s] favourite songs. Nandi has loved @rageagainstthemachine since she was a baby.”

The cover apparently caught the eye of Rage Against the Machine’s Tom Morello, who retweeted the performance with the caption, “Well now we are on the right track.”

This isn’t the first time Bushell’s impressive skills have gone viral either. In recent months, the Ipswich native has posted drumming covers of Queens of the Stone Age‘s “No One Knows,” Nirvana‘s “In Bloom” and even took to the stage with Lenny Kravitz ahead of his June 2019 gig at  London’s O2 arena.

Check out Bushell’s Rage Against the Machine cover, and Morello’s response, below.

Well now we are on the right track https://t.co/R0J2rV8Mgz