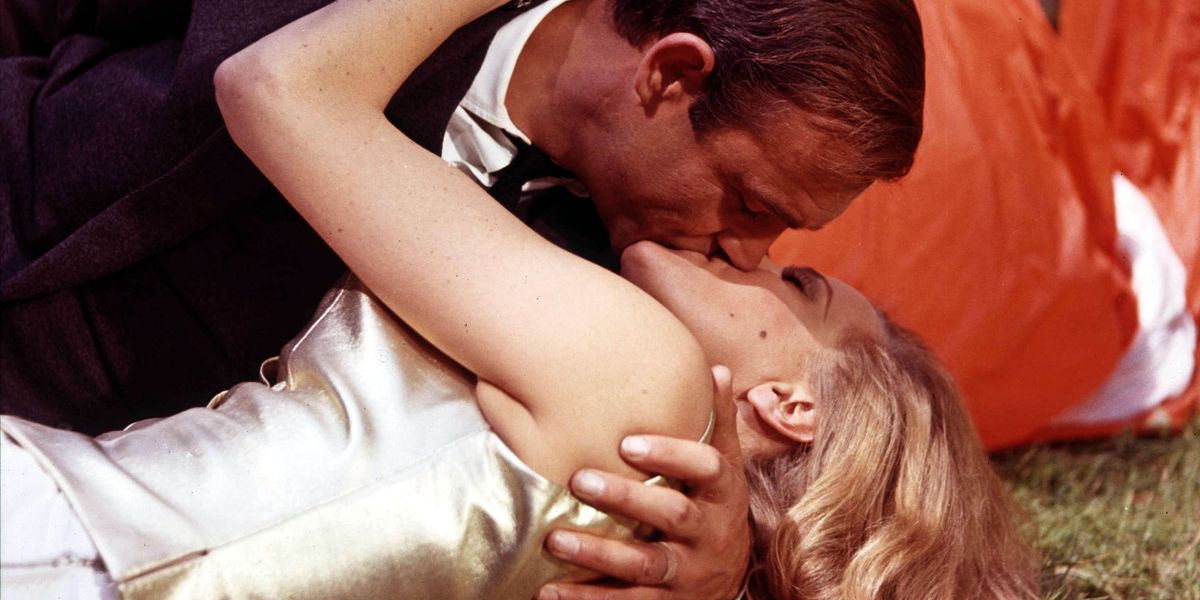 When I decided to re-watch all of the James Bond movies in chronological order, I wasn’t exactly expecting a politically correct, feminist franchise that would pass the Bechdel test with flying colors.

My memory of the early movies consisted of a lot of smarmy one-liners, plenty of women in those kind of pointy bikini tops, bad guys with Russian or German accents, and loads of shots of Sean Connery’s legs. As far as Bond’s relationship with women, I remembered that he was unquestionably a womanizer and women often just melted into his arms, apparently seduced by the mere sight of him. I was prepared to laugh at these outdated tropes and accept the movies’ questionable gender dynamics as a product of a different time. I wasn’t expecting to see point blank sexual assault.

For those already rolling their eyes ready to call me a liberal snowflake, let me be clear: I’m not talking about grey areas of consent or questionable comments. I’m talking about Agent 007 literally holding a woman down as she struggles to free herself as he forces his mouth on hers. I’m talking about Mr. Shaken-Not-Stirred pulling a spa attendant into a sauna as she screams in protest. I’m talking about multiple instances of Bond ignoring clearly worded refusal from women and forcing himself on them anyway.

Some notable moments include a scene in Gold Finger when Bond pins Pussy Galore (HER NAME IS PUSSY GALORE?!?) to a pile of hay by the wrists and lowering himself down on top of her as she turns her face away and says no repeatedly, until he ultimately forces her to kiss him, spreading her legs apart with his own.

After this explicit rape scene, the assaulted woman is portrayed as being infatuated by Bond, sending a clear message that women just don’t know what they want until you show them. To make matters worse, it’s made clear in Goldfinger, the book, that the character of Galore was intended to be a lesbian who was so wooed by Bond that she changed her ways. Ian Fleming, the author of the books the movies are based on, wrote in 1959 in response to a complaint from a doctor about Galore’s character that she “only needed the right man to come along and perform the laying on of hands in order to cure her psycho-pathological malady.” Fleming described rape as THE LAYING ON OF HANDS.

Things only get worse from there. In Thunderball (the top grossing Bond film of all time until Skyfall), we see James assault a nameless spa technician as she attempts to inspect an injury on his back. He loops her in his arms and forces her to kiss him as she struggles to free herself, eventually pulling away in horror. Later on, the same spa technician finds Bond in a dangerous situation on a stretching device, thanks to a lurking bad guy. Assuming it was an accident, the spa technician is horrified and apologizes profusely. Bond then threatens to tell her boss (knowing full well it wasn’t her fault) about the incident if she doesn’t have sex with him. He doesn’t give her much time to respond before he quickly pulls her into a sauna and presses her against the translucent glass. This, ladies and gentleman, is and was (even in 1965) rape.

These are just a couple of many horrifying examples of sexual assault and rape throughout the Bond movies, and that’s to say nothing of the objectification, the harassment (Bond regularly threatens to bend Money Penny, his boss’s secretary, over his knee and spank her if she doesn’t behave), and even the vilification of women throughout the series.

The examples of assault don’t end with the ’60’s either; as recently as Skyfall, which was made in 2012, we see Bond join a woman in the shower uninvited mere moments after he learns that she’s been a victim of human trafficking and statutory rape.

Sure, the Bond movies are often fun and action-packed, and it’s easy to excuse their flaws as products of a bygone time. But the truth of the matter is that the domineering, sexually predatory legacy of Bond has lived on throughout the duration of one of the most influential film franchises in history. The character of James Bond is inseparable from his rapist tendencies, and when watching the 007 movies one has to reckon with their role in normalizing rape, sexual assault, and the general mistreatment of women.

So does that mean we should stop watching Bond movies? What about the forthcoming 007 film starring Daniel Craig, No Time to Die?

Given the amount of media now available that depicts healthy sexual relationships between men and women and still offer entertaining and action-packed plots, why waste your time on James Bond? You might argue that they’re classic films, an essential component of Western cultural history. I can’t argue with you there, but if you do feel that way, it’s worth asking yourself what aspect of our culture it is, exactly, that you’re so hell bent on preserving?